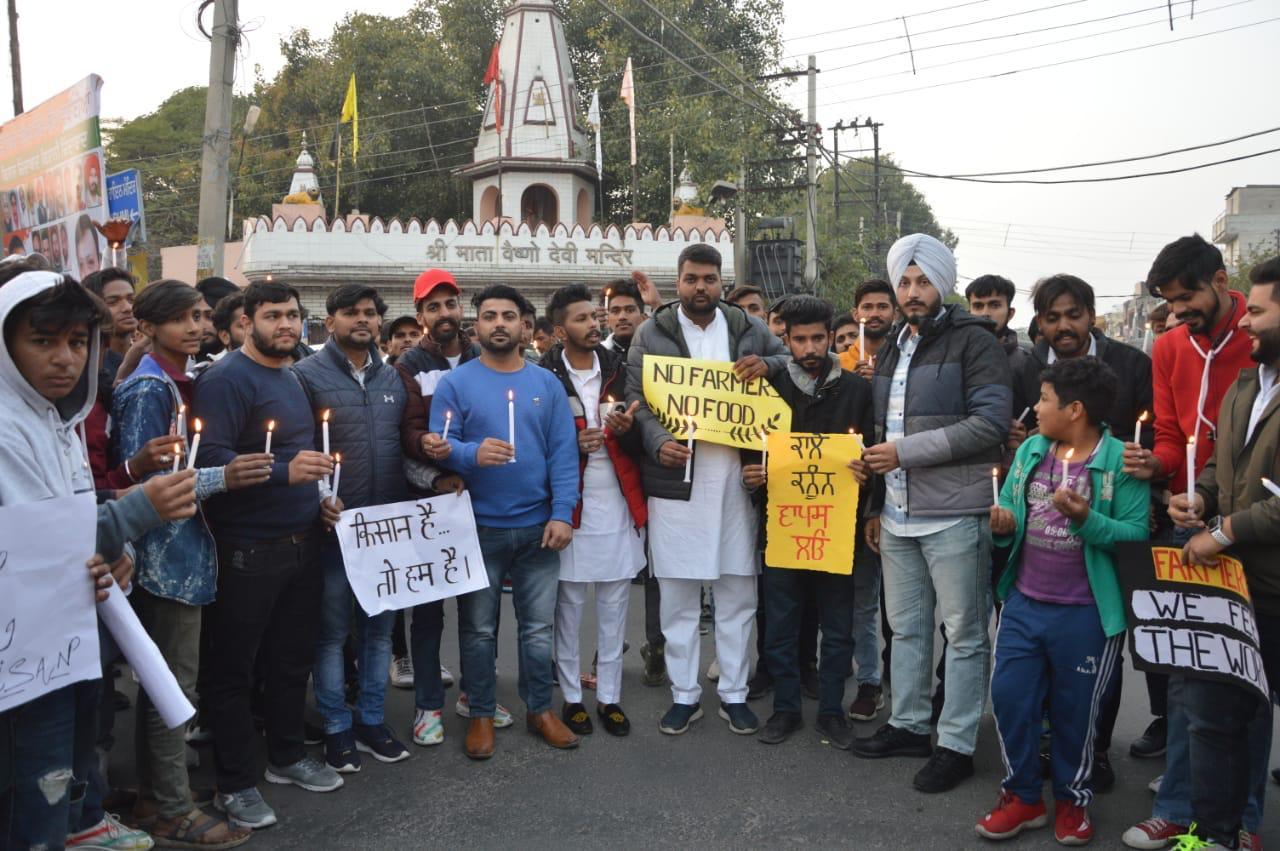 Jalandhar Dec 15,2020:  Youth Congress Jalandhar held candle light march to pay tribute to farmers who has been died due to various reason while protesting against the farms’ law. The march organised by Sh Bob Malhotra and Sh Raj Jaiswal along with hundreds of protestors which started from Model House Chowk to Mata Rani Chowk, Jalandhar.

During the March Angad Dutta said that Even as the farmers’ agitation against the three contentious farm laws gained the momentum and entered day 18, it has come to fore that at least 15 farmers have died since November 26 due to the various reasons while protesting against the laws. According to media reports, in the past two weeks on average one dead body is coming back every day to Punjab from Singhu and Tikri Borders of Delhi but government is not taking the issue seriously. Not just men, even women have lost their lives during the ongoing stir as farmer organisations claimed that so far, two women protestors have also died due to cardiac rest.

He further said that deaths are shocking, unbelievable and unacceptable and the entire congress party stand united with farmers on every issue. Our heart and souls are with the farmers, the ongoing protest which started by the Punjab farmers has now become the pan- India.  Though apparently it looks that the farm laws are concerned with the agriculture but almost all sections of the society including farm labours, commission agent, artisans, mechanics and small traders would be equally affected directly or indirectly.

Bob Malhotra said that despite the untimely casulaties and death Modi Government has not shown any concern and seriousness over the issue. Does it not stir the PM Modi’s Government heart?