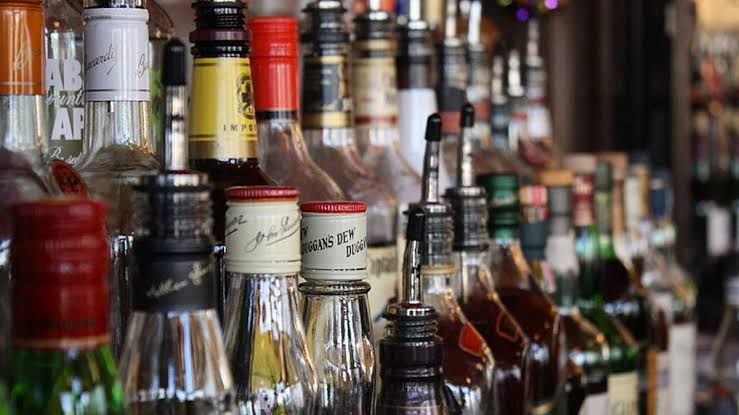 Ferozepur, August 8, 2020- Tightening noose around the bootlegging and smuggling of illicit liquor, the excise and police departments have jointly launched a biggest ever crackdown on this menace in Ferozepur district.
The authorities have so far lodged 312 FIRs with the arrest of 406 cartels involved in this despicable crime in the last seven months from January onwards. Besides, more than 42 manufacturing liquor units (Bhattis) including utensils, and drums were destroyed during the crackdown.
Disclosing more information, Superintendent of Police Mukhtiar Rai and Deputy Commissioner Excise J.S. Brar said that both the departments in collective efforts have been successful in checking this menace in the district. They said that from January 2020 onwards, during hundreds of raids conducted by the special squads on various hideouts of bootleggers, more than 10,31,013 litres of Lahan and 19357 litres of illicit liquor have been destroyed.
Divulging more about police action, the SP said that a total of 312 FIRs had been lodged so far with the arrest of 406 accused, which was one of the hardest actions against this illegal trade. He further added that the department has recovered and destroyed 1,97,653 litres of Lahan and 6383 litres of illicit liquor. Besides, the department confiscated 13,567 litres of licit-liquor, smuggled by the cartels from outside, added Mukhiar Rai. The officer said that while acting swiftly on the various tip-offs of informers, the police department carried out raids on the hideouts of bootleggers and smugglers at the farthest corners besides destroying 13 live liquor units and utensils.
Similarly, the Deputy Commissioner (Excise) J.S. Brar said that during more than 163 raids, the department has recovered and destroyed 8,33,360 litres of Lahan and 12,974 litres of illicit liquor. He further revealed that a massive consignment of 15386 bottles of licit liquor (outside liquor) was also recovered from the smugglers. Notably, the officials of the excise department have destroyed 29 utensils and drums along with manufacturing units (Bhattis). The Deputy Commissioner Excise added that besides, on spot action, the department has reported all the cases to the police department and has lodged FIRs against the cartels while ensuring their arrest. He mentioned that the special teams consist of Assistant Commissioner Ferozepur Range R.S. Romana, ETO (Excise) Karambir Singh Mahla, and other officials working extensively round the clock to check the bootlegging, and smuggling of illicit liquor in the district.
Both the officers reiterated their commitment that no stone would be left unturned to wipe out the menace of illicit liquor from the district as Chief Minister Captain Amarinder Singh led state government resolved to eliminate this illegal trade from the state. They said that after the unfortunate hooch tragedy, the drive against the bootlegging and smuggling further intensified as raids and special Nakabandi were taking place regularly.