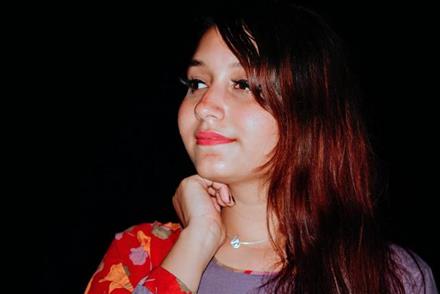 CHANDIGARH, JULY 15:: Slice-of-life observations and relatability look like the new formula for garnering views on the digital scene and Vigo Video’s(Social Media App) Rida Javed seems to have cracked it. Raking in millions of views every month, Rida is one of the most popular creators on Vigo and has audiences eagerly awaiting her next upload. Based in Chandigarh, Rida makes short, clean-comedy skits with her brothers Naeem Javed and Samir Javed. These videos are often relatable and much of them are based on observations.

Rida introduces and repeats a few characters in her videos, which could be one of the reasons why she has over 2 million followers on Vigo Video. Interestingly all of these characters are super relatable, be it her “annoying wife” character, “the over smart friend” character or “savage mom” character, each video has a selling point that keeps her users hooked. When asked about her observations, she said “Most of my references come from pop culture and Hindi movies, but again because I write and perform with my brothers,I put forth my observations and they talk about theirs, and then we come up with the final script”.
With female representation being less in comedy in mainstream media, we hope Rida’s observations and characters make people chuckle on a larger scale outside Vigo as well. When asked about her future plans, she said “I don’t know as of yet, of course, if everything goes well, I probably do see myself as a comedian in mainstream media. But as of now, I’m very happy doing what I love with the people that I love and getting so much support for it.” ( Courtesy: www.punjabnewsexpress.com)