Home » Will 5G kill off home broadband as we know it? 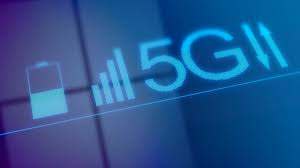 Is 5G internet here to kill off hard-wired home broadband as we know it? To answer that, consider an older statement: “video killed the radio star”. Did it? Sort of. But the two can work with one another rather than against. Either way it should affect the best broadband deals in a good way for your wallet as competition helps drive down prices.
This working side-by-side, perhaps, is how the future of 5G and fibre optic broadband will work. Some places might benefit from 5G and others from a hard-wired connection. To better understand why, you need to think about what each one offers over the other.
Is 5G better than wired broadband?
Don’t expect to say goodbye to fibre broadband deals any time soon. Since these cables use light to transmit data they’re technically not limited by bandwidth speeds and continue to evolve with speeds of 1Gb available now in the UK. Also, a lot of money has been invested in their infrastructure so they won’t just be abandoned.
Current 4G and 5G broadband means availability in areas that might otherwise not get a cable connection. It can also mean fast speeds of 300Mb 4G and Gb 5G without costing too much. The downside is that many make you pay for data which can bump those prices up.
So how will they work in the future?
5G and fibre will work together
While the current 4G broadband offering is totally separate to fibre broadband, the future could see a combination thanks to 5G.
Currently the bottleneck on speeds happens in the “last mile” where the connection goes from a major line to smaller lines spread to homes that each use up a chunk of bandwidth, lowering speed potential. This is where 5G comes in.
By using 5G for that last stretch it’ll be possible to keep speeds high, while still using the stable fibre optic infrastructure that’s in place.
A recent Ovum report suggests that 5G will consistently support average speeds of 80 to 100Mb.
Will 5G be cheaper than broadband?
If there ends up being mainstream 5G and fibre broadband deals, expect the latter to be more affordable. Since 5G is expensive to install and maintain it will take some time before losses are covered and deal pricing can drop.
Yes 5G will offer Gb speeds over the air to places that might not be able to access fibre internet. But that fibre still has the potential for even faster speeds and has an established installation and maintenance system in place.
The future, as they say, will reveal all but don’t expect that to happen soon.