Home » We should fight against Anti-National forces jointly: Police Commissioner 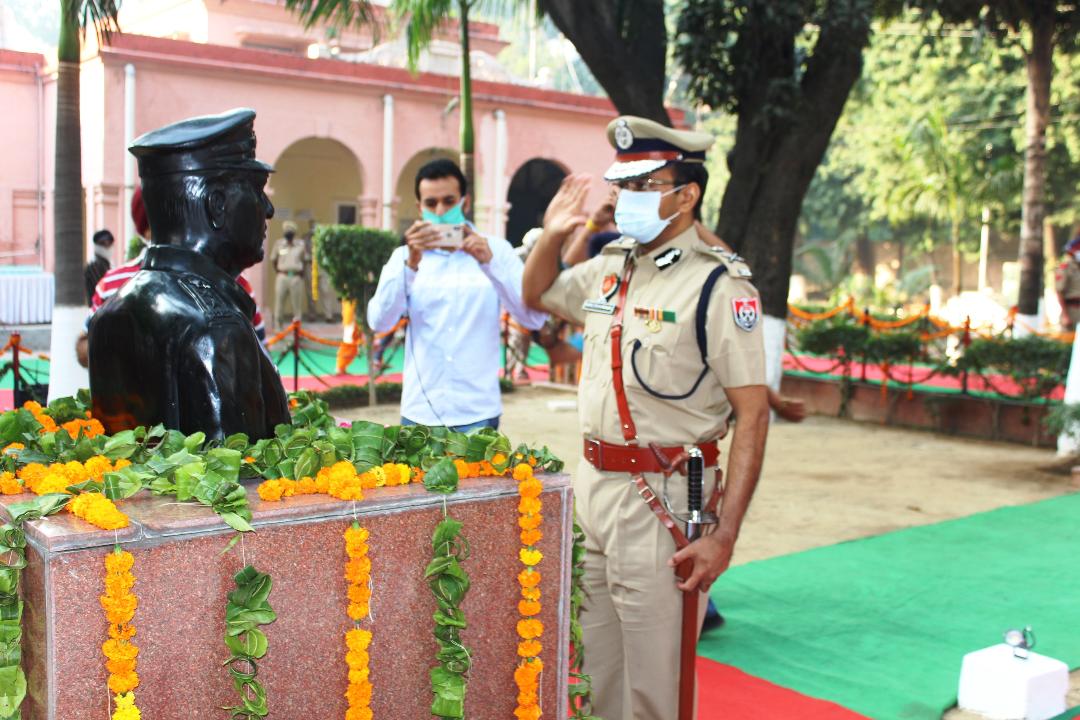 Ludhiana, October 21, 2020: Ludhiana Police led by Commissioner Rakesh Kumar Agrawal, today, observed Police Commemoration Day, here at Police Lines, to pay tributes to the martyrs belonging to Police and Para Military Forces. While speaking on the occasion, he urged people to fight the anti-national forces jointly. He said that it is only because of the great sacrifices of our martyrs that we are living in a peaceful environment and communal harmony. He said that is why we can never forget the sacrifices of our martyrs. 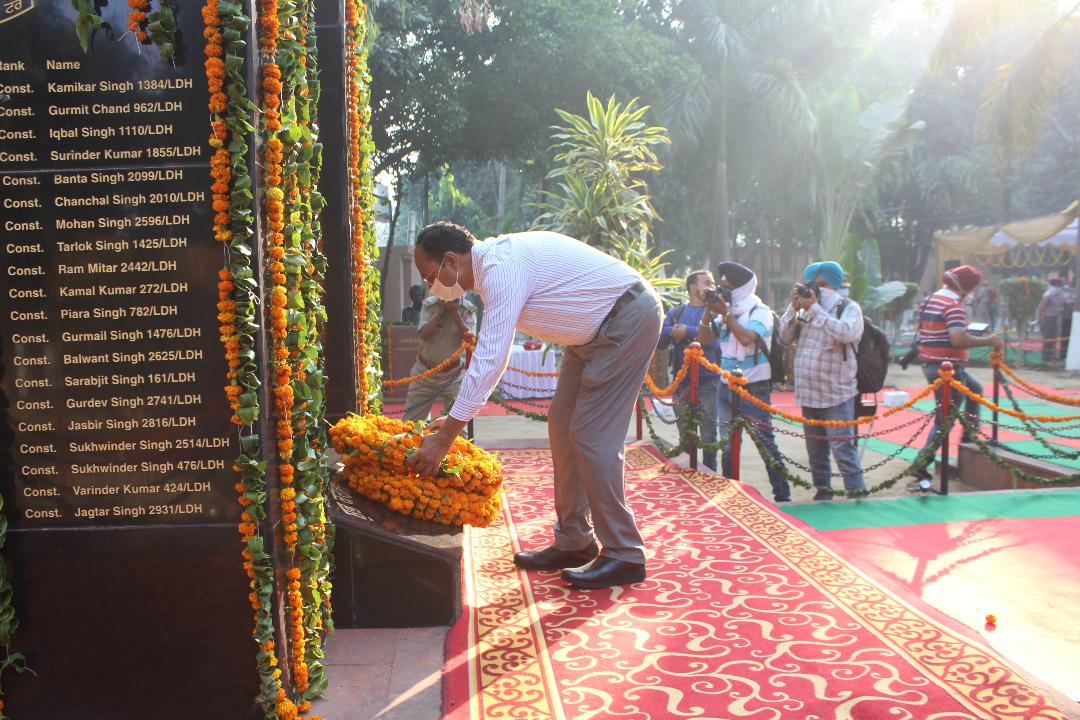 Commissioner of Police Rakesh Kumar Agrawal paid tributes to the police and paramilitary personnel who attained martyrdom in different parts of the country. A contingent of police gave a salute to the martyrs and officials and dignitaries present on the occasion observed two minutes of silence to pay tributes to the martyrs. The list comprising names of officials and Jawans of police and paramilitary forces who sacrificed their lives during the past one year was also readout.

While narrating the historical importance of the Police Commemoration Day Parade,  Agrawal said that it was observed by the police of all the states and the Paramilitary forces throughout the country to pay tributes to the jawans of CRPF, who attained martyrdom on October 21, 1959 at Hot Springs (Ladakh) during an assault by the Chinese Army. He said that the Police Commemoration Day is observed to salute the martyrdom of all the martyrs belonging to Police as well as Para Military Forces, who have sacrificed their lives for maintaining the unity and integrity of the country every year. He also lauded the sacrifices made by the Punjab Police in combating militancy in Punjab as well as combating internal disturbances in other states for maintaining peace and communal harmony.

Deputy Commissioner  Varinder Kumar Sharma appreciated the role of the Punjab police force in combating the Covid pandemic in the state.

The Commissioner of Police said that during the dark days of terrorism, a total of 117 police personnel of Ludhiana police laid down their lives while combating terrorism. He assured that Punjab Police is standing rock solid with their families, which are residing in Ludhiana. On the occasion, the families of ACP Anil Kohli and ASI Jaspal Singh were also honored.

Prominent among those present on the occasion included all Joint CP’s, DCP’s, ADCP’s, ACP’s, SHO’s, Police Personnel, besides several others. Floral tributes were also paid to the martyrs at the memorial constricted in the Police Lines, here.