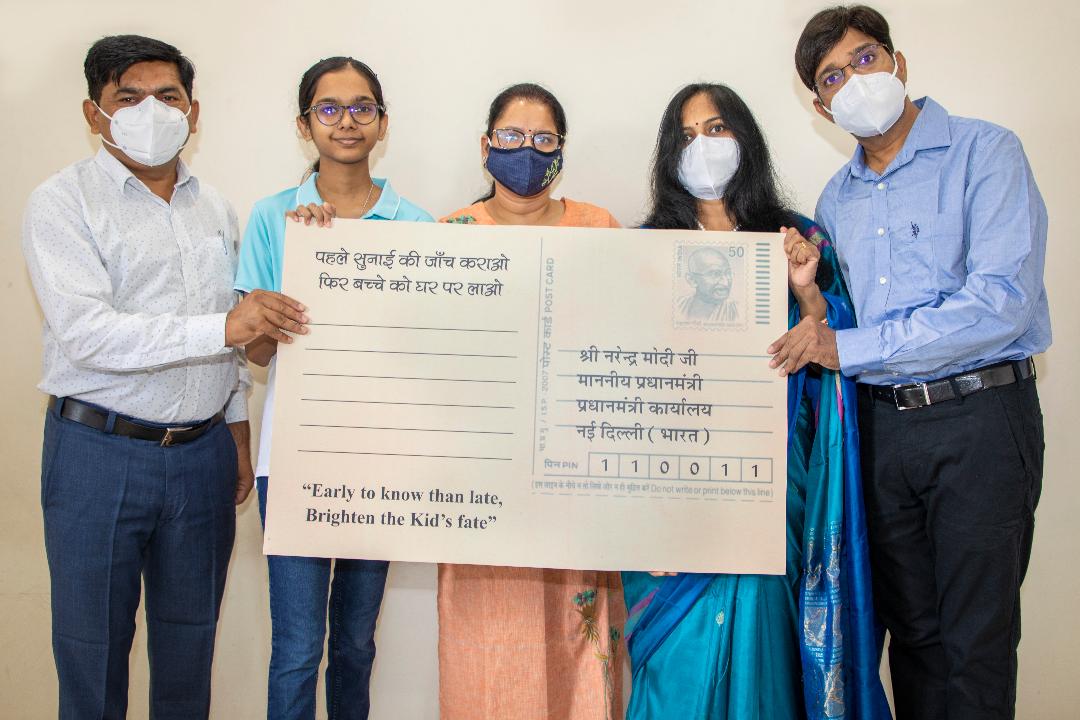 Jaipur--On World Deaf, a Voice of Silence campaign was launched in Durgapura under the aegis of Sukham Foundation and Association of Otolaryngologists of India here on Sunday. This campaign will be run across the country. In this campaign, one lakh postcards will be sent to Prime Minister Narendra Modi and Health Minister Dr. Harsh Vardhan by children from different parts of the country and many awareness programs will also be organized.
Over one lakh deafness victims are born every year across the country. These children are deprived of their voice due to not being able to get medical help on time.
The main objective of this campaign is based on the 1-3-6 model. In which the first check should be done within one month of birth and if there is a defect in it, the next check should be on the third and sixth month respectively, so that treatment of the child can be started within six months.

On this occasion, Dr. Sunita Singhal, Trustee of Sukham Foundation, said that World Deaf Day was celebrated every year on the last week of September, but it was known more as World Deaf Week. World Deaf Union (WFD) started ‘World Deaf Day’ from 1958. On this day, along with creating awareness among the people about the social, economic and political rights of the deaf, it is also told about their usefulness in society and country.

She said that according to the report of the World Health Organization, 6.3 percent people in India suffer from deafness in one way or the other. Whereas in the country, more than one lakh children (four children per thousand births) are born deaf every year.

She said that thousands of children were facing this problem in our country and state, for which this campaign would be conducted at the national level.  Four out of every one thousand children suffer from it. For this, testing of the newborn should be mandatory and it should be made part of the national vaccination campaign in which the hearing test can be done.

In this campaign, other organizations including educational institutions, NGOs, ENT practitioners, for this, along with raising awareness for deaf people, there will be many activities including postcard, social media discussions with youth and society on webinars, painting competition, writing  All these will be organized by children and youth. The brand ambassador of the Voice of Silence campaign has been created in the class X student script. Most of the activities will be organized by the children’s team.

In his message, Dr. Samir Bhargava, President of the Association of Otolaryngologists of India, said that through our association, we request the Government of India to include newborn hearing tests in the national vaccination campaign so that all children with impaired children are treated on time. So that they could study in a normal school and walk side by side in society.

One of its objectives is to draw attention to the ability, achievement etc. of the general public and allied power of the deaf. In this, the work done by the deaf is appreciated and displayed.