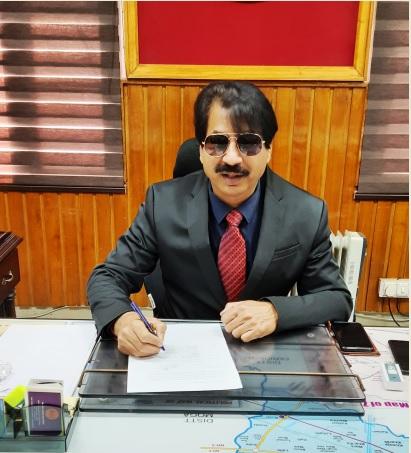 Before reaching Ferozepur, Vimal Setia was given a guard of honor by the Punjab Police contingent. On this occasion, Additional Deputy Commissioner (General) Rajdeep Kaur, SDM Ferozepur Amit Gupta and SDM Zira Ranjit Singh also welcome him by presenting a bouquet.

Meanwhile, Deputy Commissioner Vimal Kumar Setia said that he has been given the additional charge of Deputy Commissioner Ferozepur for the next few days and during this time, he would give priority to extend the public welfare schemes of the government in the district to the maximum number of people and also a priority to public work.

He also got the basic information about the ongoing projects in the district by holding an official meeting and also urged all the office staff to work diligently and honestly.