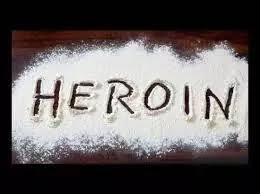 Ferozepur, August 16, 2020: On 16 Aug 2020 alert Border Security Force troops seized 02 packets of contraband (weight approx.- 02 Kg) suspected to be heroin and one Pistol (.30 bore, Made in China) along with one Magazine by Border Security Force in the area of responsibility of 136 Bn BSF, Ferozepur Sector.

The suspected contraband was attempted to be pushed through the water channel with the help of water Hyacinth (Jalkumbhi).

Elements, to push the consignment of contraband items into India. During the year 2020, BSF has effected under mentioned seizures on Punjab Border – 335.817 kg heroin including today’s seizure, 70 Indian Border Crosser apprehended, 8 Pak intruder apprehended, 20 weapons of different size including today’s seizure of the magazine of different types, 324 rounds of ammunition of various calibers, 4 Pak mobiles and 6 Pak SIM Cards.