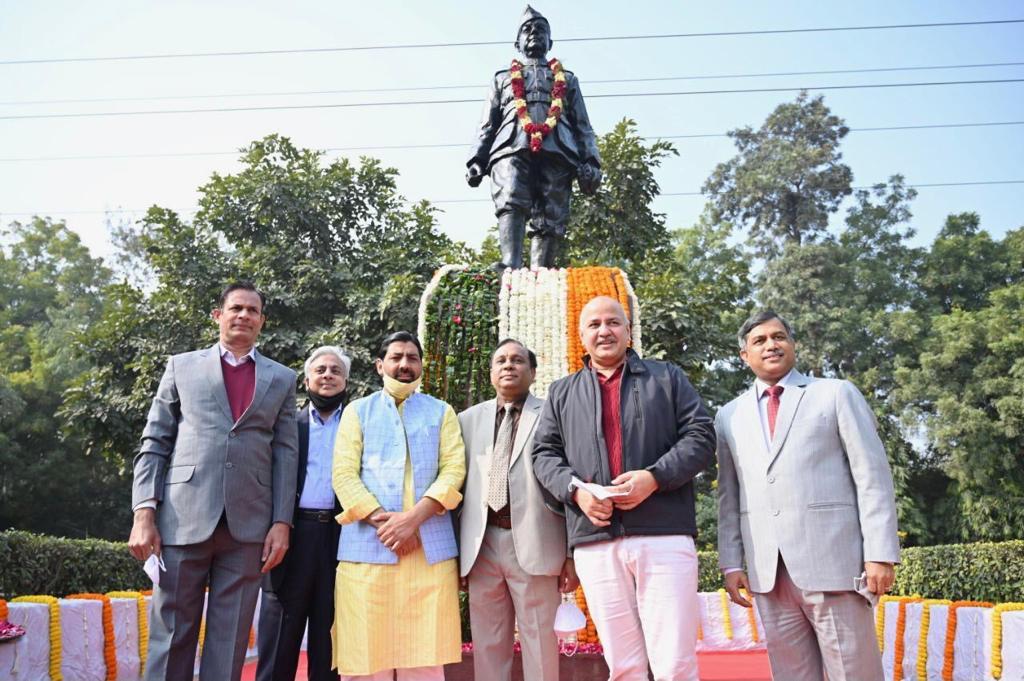 Universities will play the lead role in generating employment, their role will be crucial in this fight against unemployment –

New Delhi: 23.01.2021 -Deputy CM Sisodia said that the pandemic has led to massive unemployment across the globe and universities will play the lead role in generating employment. Their role will be crucial in this fight against unemployment. Delhi government’s goal is to inculcate an entrepreneurship mindset in the students, and it has taken several steps in this direction. Deputy CM Sisodia was speaking on 125th birth anniversary of Netaji Subhas Chandra Bose. He inaugurated Dr APJ Abdul Kalam lecture hall complex at Netaji Subhas University of Technology. A 50 meter high national flag was also established at the university campus.

Deputy CM Manish Sisodia said that the biggest tribute to Netaji would be to keep aside differences and work towards creating a strong future of the nation through better education. Netaji’s dreams would be fulfilled when the children of the country would be skilled enough to contribute to its growth and development. This would embody true patriotism. He said that the Netaji Subhas University of Technology is the only technological university in India named after Netaji. 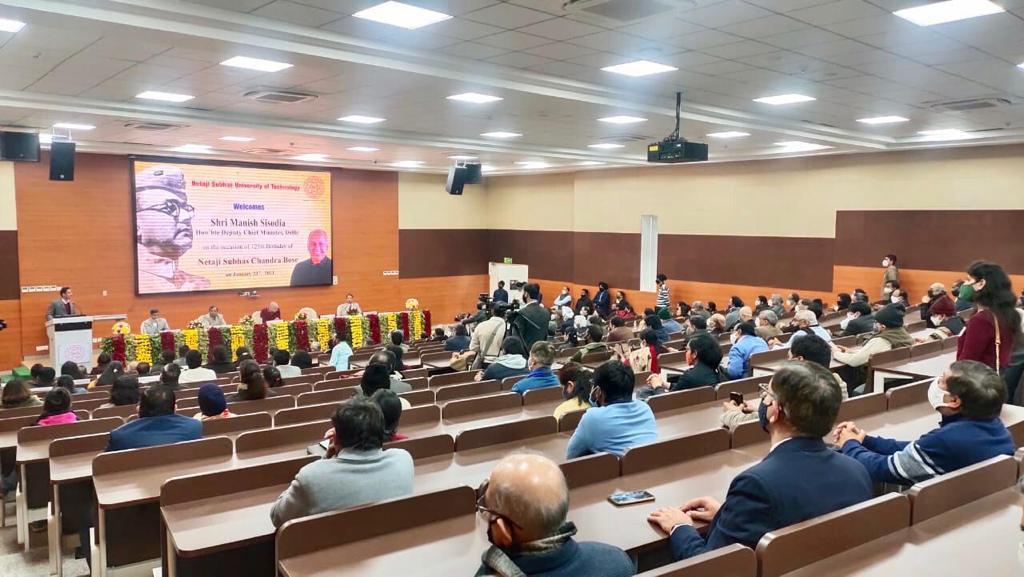 Deputy CM Sisodia lauded the University students saying that it is due to their performance that the University’s name is taken all over the country with a sense of pride. This is a matter of pride for Delhi government. Students of Delhi Government schools are making the country proud with their exceptional performance in international Olympiads. This is the result of concerted and honest efforts by the students, teachers and officials of the Delhi Government. This has also been recognised by the NITI Aayog which ranked Delhi Government schools at the top in its recently released report. It is the dream of the Delhi Government to make Delhi’s higher education the best performing in India and the world. Along with renewed vision, continuous and determined efforts are required to make this dream a reality.

There are 11 halls in the new lecture complex with a capacity to house 1500 students. A new computer centre was also started at the University which can have 400 computers. 14 graduate and 12 post-graduate courses have been started in the University, due to which the enrolment has risen. Two new campuses – Geeta Colony in the east and Jaffarpur in the west, have been added to the University. Netaji Subhas University of Technology is ranked at fifth place in the Atal Ranking of Institutions on Innovation Achievements.