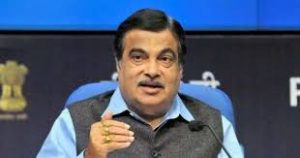 Gurugram, April 17, 2018: The Union Minister of Road Transport and Highways,  Nitin Gadkari, has said the Union Government is working to introduce a system under which drivers would not be required to stop anywhere while passing through a toll plaza. The toll fee would be deducted directly from their bank accounts.

Speaking at a programme in Gurugram on Monday,  Gadkari said this system existed in South Korea. The President of South Korea is coming to India in May and an MoU would be signed with him for introducing the system. It would ease traffic movement at toll plazas.

He said the issue of plying double decker buses on Delhi-Jaipur and Delhi-Chandigarh routes was under consideration. When introduced, these will also serve meals on board like the airways.

Work on Metrino pod taxi, a driverless system, between Dhaula Kuan, Delhi, and Manesar, would begin in a month and a half. Tenders have been received from three companies and these are being assessed, Gadkari added.