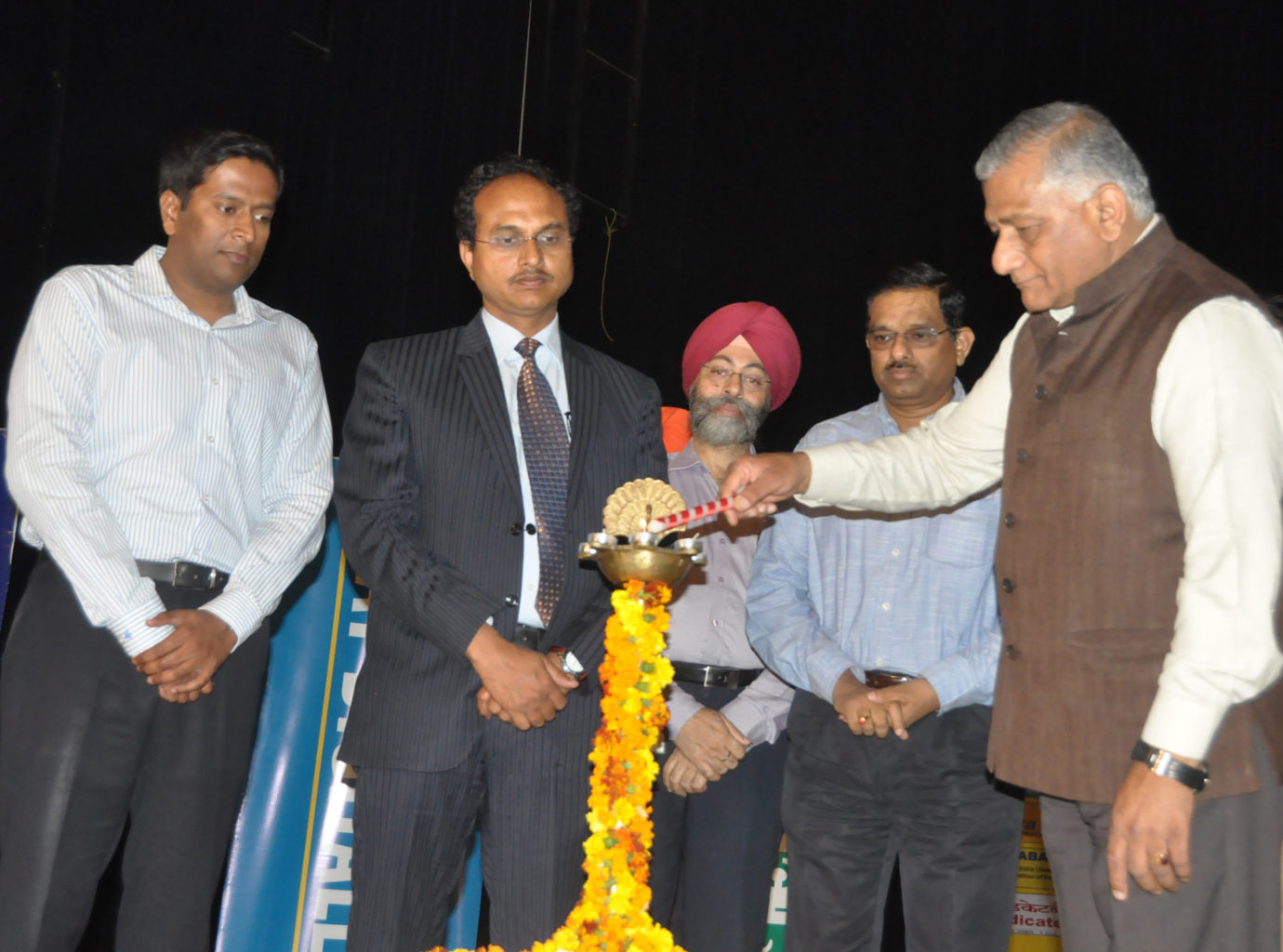 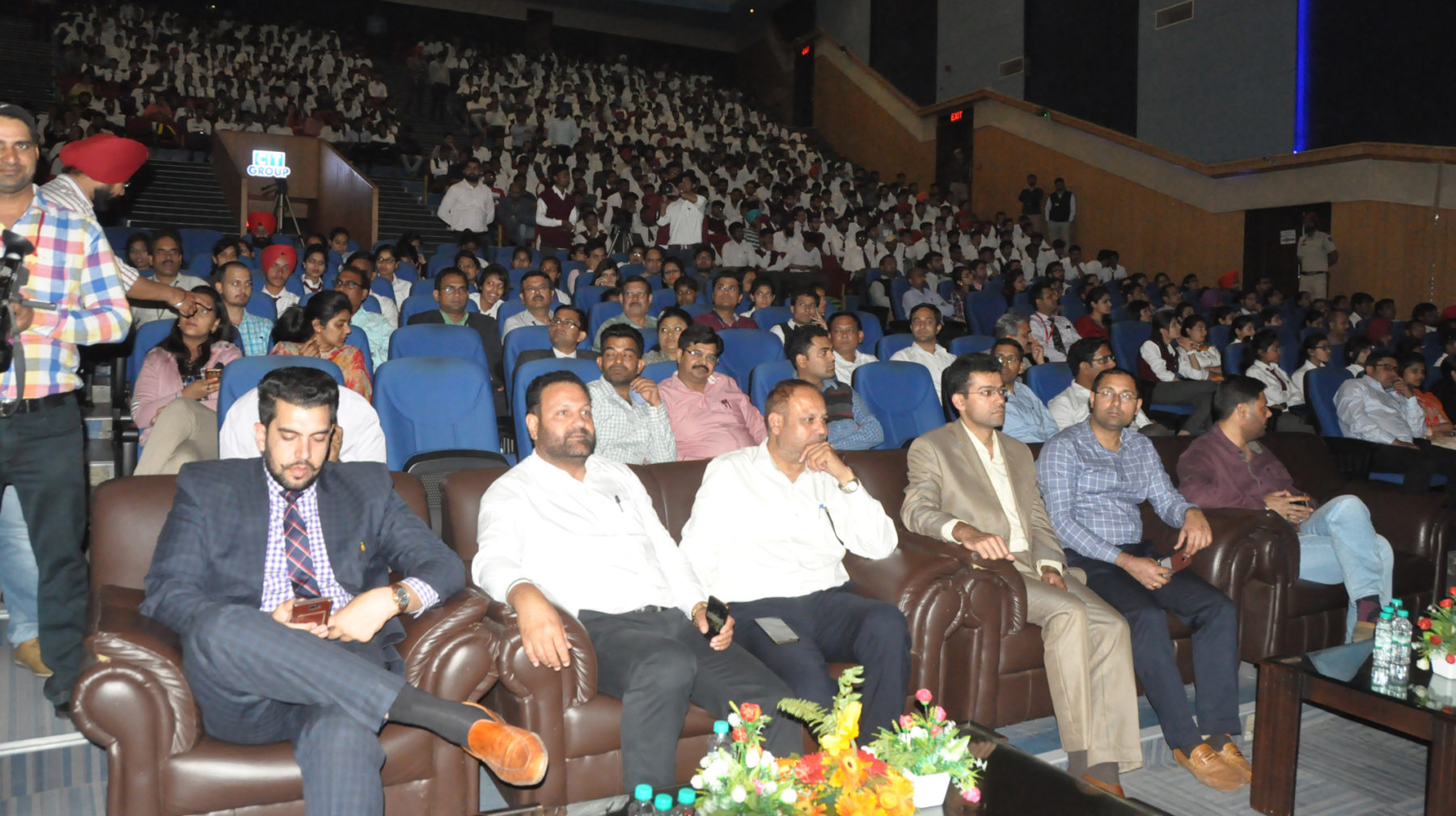 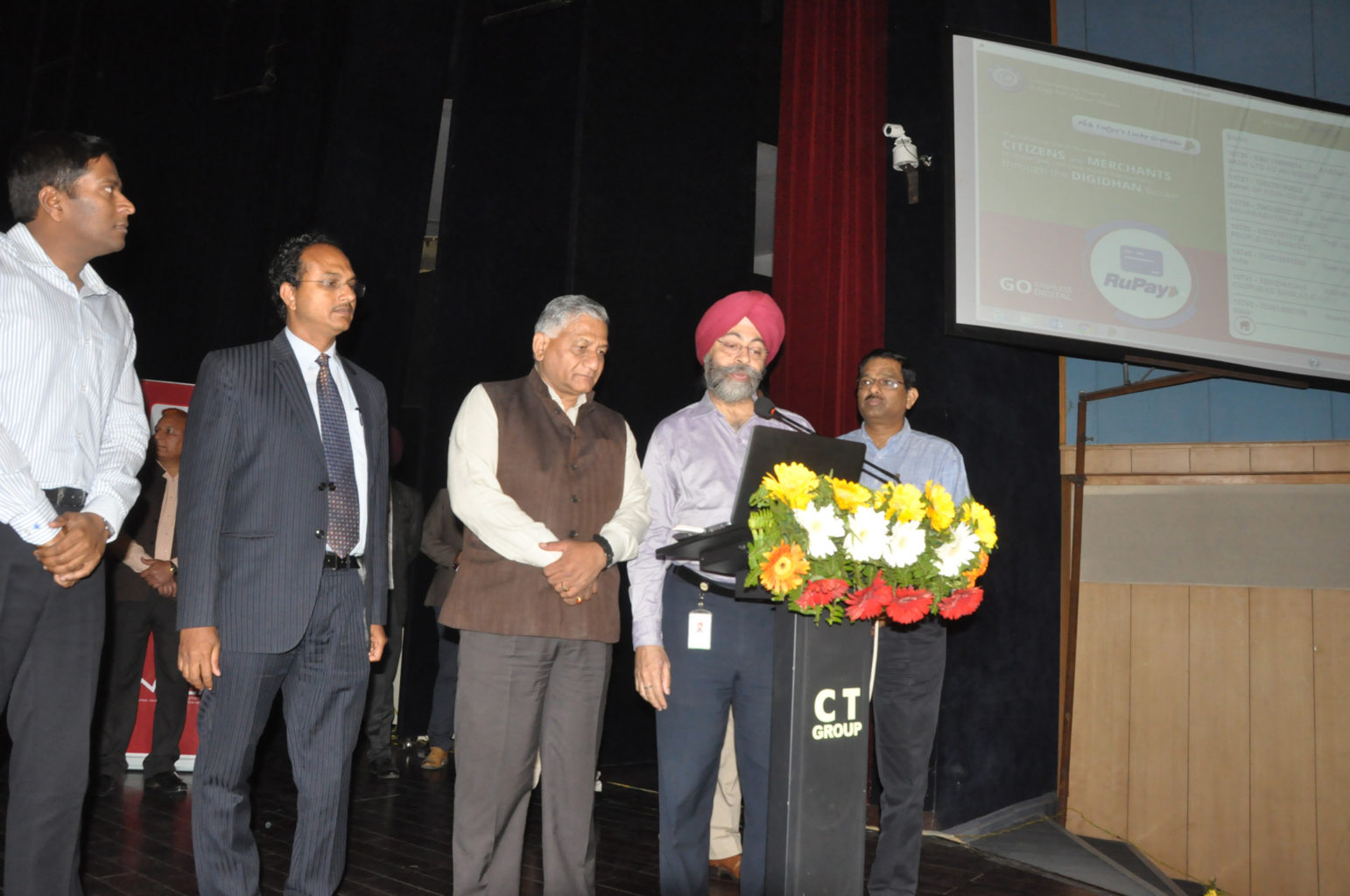 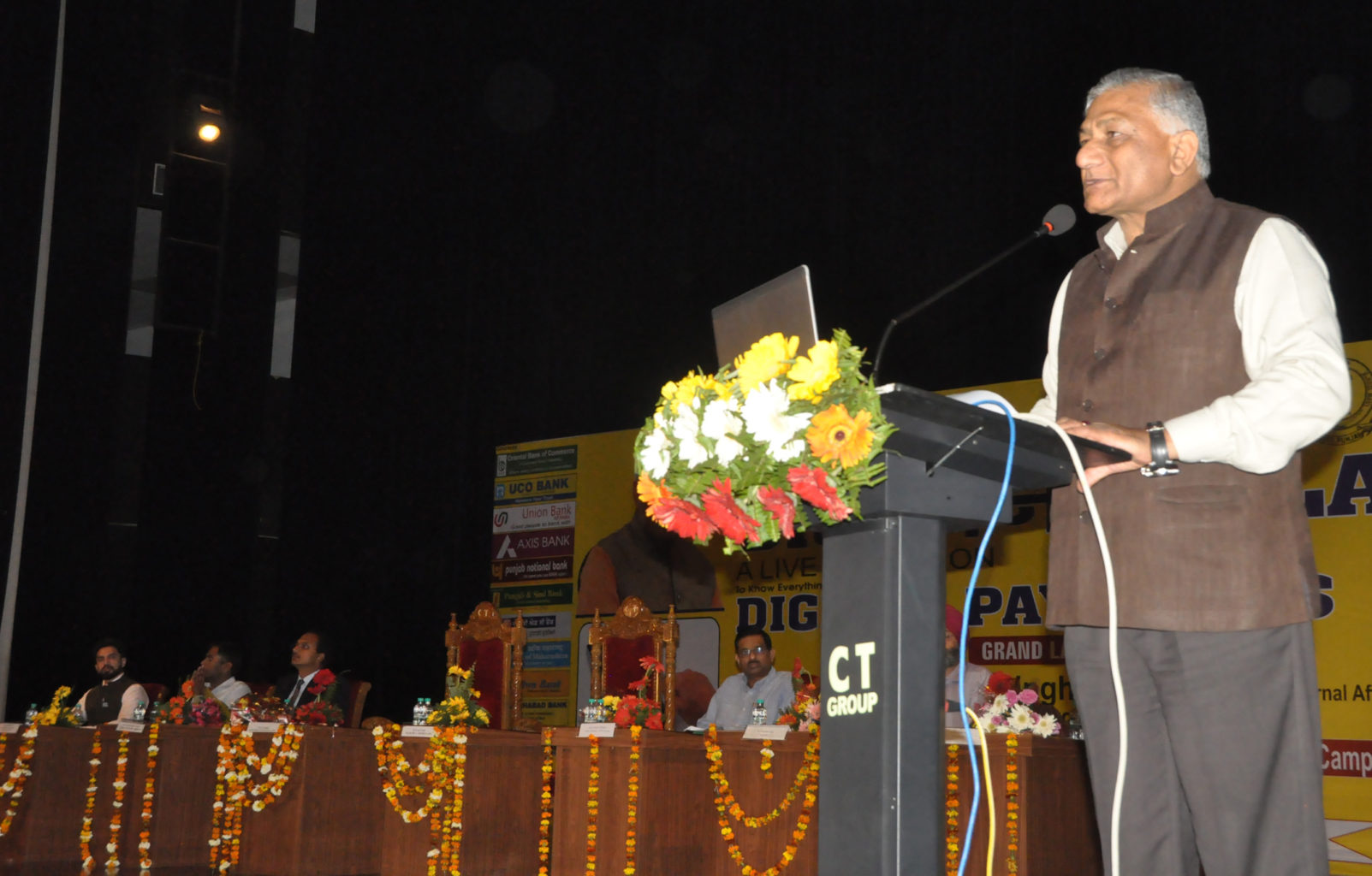 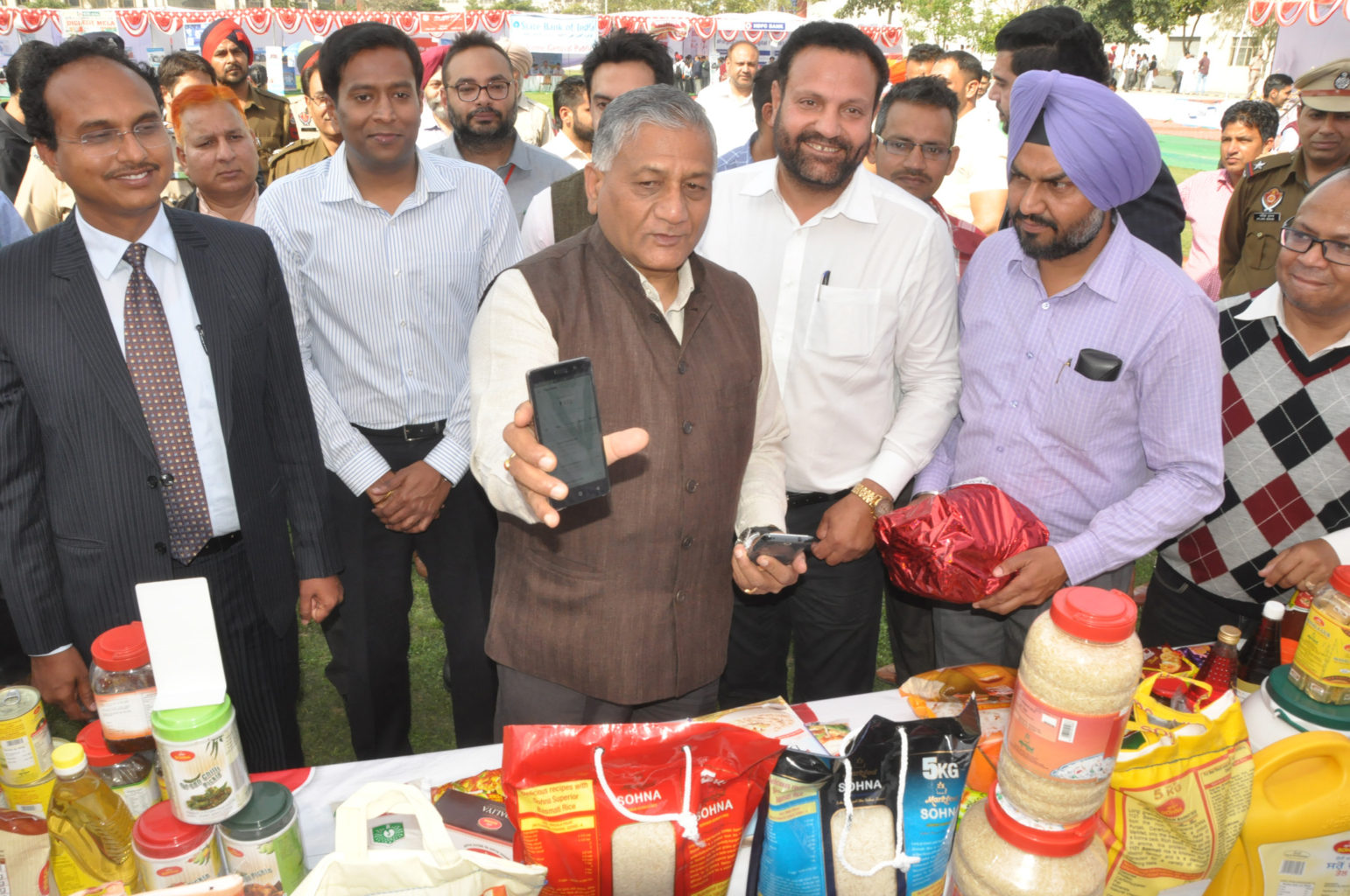 By S.K.Vyas
JALANDHAR, MARCH 21, : Union Minister of state for External Affairs V.K.Singh today said that the Union Government is fully committed to safeguard the interests of Indian Diaspora across the globe.
Talking to media persons on the sidelines of 23rd Digi Dhan Mela here today Mr. Singh said that union government has conveyed the feelings of Indian Community residing in USA to the Political and the Administrative level in USA. He said that the Indians have made a remarkable contribution in the growth of other countries that is why the USA and other countries have always hailed the sturdy contribution of Indian Community. MLA Pargat Singh participated as Guest of honour during the event.
Talking about the initiatives of the Union Government to promote the Digital payments Mr. Singh said that it would bring more transparency and accountability in the system which would further strengthen the basics of the economy in India. Appealing the youth to come forward for Digital revolution by using digital payments day-to-day life, he said that India have maximum number of mobile users in comparison to other nations and youth can contribute to make the country frontrunner in the world in the field of digital modes of transactions.
During Digi Mela more than 15000 lucky customers declared as winners across the country through lucky draw. Various Banks and Financial Institutes, Verka, Agriculture Department, and other departments put stalls for facility of visitors during the mela.
On the occasion DC Varinder Sharma, ADC Girish Diyalan, SDM Varinder Pal Bajwa and Rajiv Verma, LDM Vattan Singh, District Guidance Counsellor Surjit Lal were present.