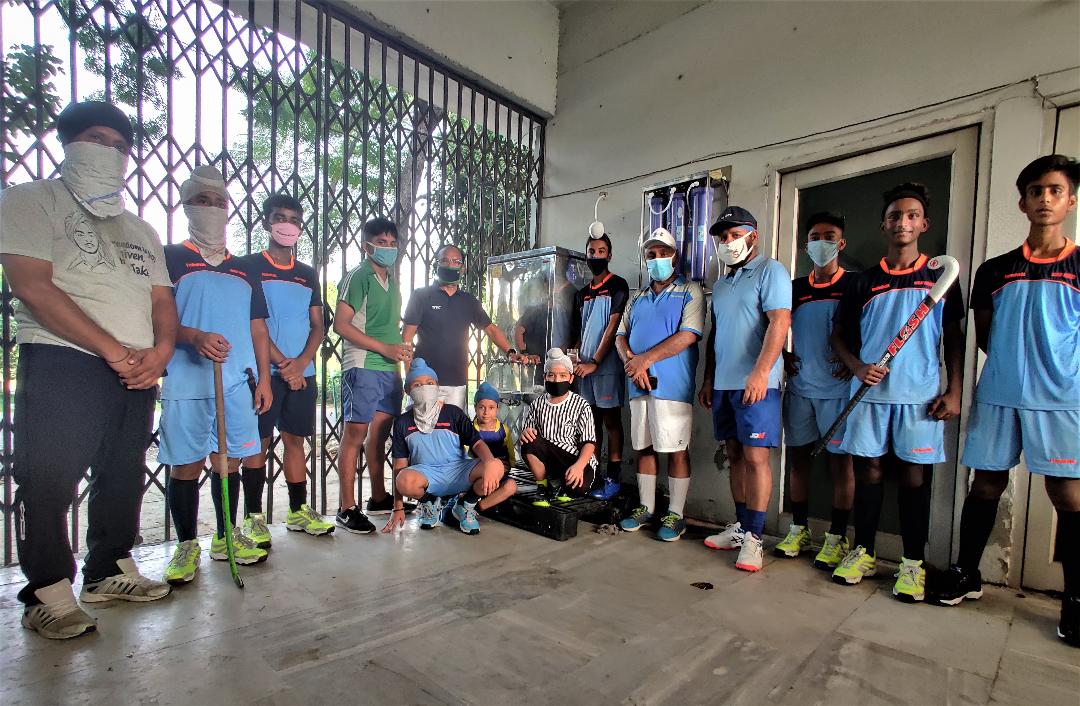 During the inauguration of the water cooler, Iqbal Singh Sandhu, Hony. Secretary and Surinder Singh Bhapa, Chief PRO of Surjit  Hockey Society along with players are seen in the picture.
Jalandhar, September 25, 2020: Surjit hockey stadium Burton park, Jalandhar is the only busy stadium in the state where even no water tap of the municipal corporation for drinking water is available for the players. This demand was used to raised many times in the last 2 decades by the players before the Officers of the Sports department, even sports-minded persons remained posted in the Sports Directorate & Punjab Institute of Sports but their demands remained unfulfilled.

Surjit Hockey Society, Jalandhar has added one more feather in his cap after installing of latest water cooler along with the RO system in the stadium to fulfill the long-pending demand.

It is worthwhile to mention here last day, Surjit Hockey Society got the tubewell repaired which was non-functional for more than the last 8 months to save the AstroTurf.

All hockey players of the district thanked Ghanshayam Thory  Deputy Commissioner-cum-President, Surjit Hockey Society, Jalandhar for their motivational support for the upliftment of the standard of hockey in Jalandhar district.