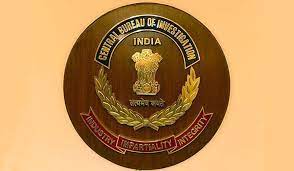 New Delhi April 5, 2021: The Court of Additional District & Sessions Judge, Muzaffarpur (Bihar) has convicted & sentenced three accused persons in a CBI case to undergo Rigorous Imprisonment (RI) of 10 years to the two accused and 3 years to the third.

The case was registered in CBI on 14.02.2013 on the basis of a complaint of DRI, Patna, Bihar in which Fake Indian Currency Notes of face value of Rs. 24,50,000/- were seized by DRI from the accused persons. CBI conducted investigation and filed charge sheet against the accused Masroor Ahmad @ Master and Suraj Kumar Singh on  07.08.2013 followed by Supplementary charge sheet dated 29.11.2013 against accused Imran Teli @ Imran Khan @ Imran.