Home » Manish Tewari thanks voters on completing one year as MP 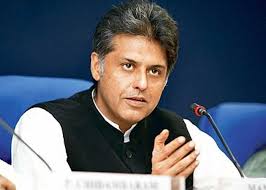 By SK.Vyas :
Nawanshahr-Jalandhar, May 23: Manish Tewari, MP from Sri Anandpur Sahib on completion of one year of his term as a Member Parliament, has thanked the voters of Lok Sabha constituency who expressed their trust in him. Tewari said that there will be no lack of development in the constituency. Although there is an opposition party government at the center, he is trying to fulfill the promises made to the people of the constituency.
Tewari said that in the last 1 year, he has got approval to start studies of B.Sc Agriculture at Punjab Agricultural University’s Research Station located at Ballowal Saunkari, Balachaur, to encourage agricultural activities in the area. At the same time, the road construction work from Banga to Sri Naina Devi is in the pipeline. Kandi Area Development Board is working for the development of the Kandi area. Similarly, he appealed to the External Affairs Minister S Jaishankar to open a passport center in Nawanshahr, but the central government is less attuned to the MPs of the anti-party.
He stressed that there will be no shortfall in funds for the development of the area under the leadership of Captain Amarinder Singh in Punjab.
Apart from this, he has also tried to meet the development needs in the region with his MP fund. It also includes a grant of rupees one crore for the area to fight the corona infection recently. Tewari revealed that he has attended every session of Parliament in the last 1 year. Except for a few months of the Corona epidemic, he has lived among the region’s people for the rest of the year and will continue to live.