Home » Tewari gets Rs 3.17 cr grant from Mandi Board for Banga Grain Market 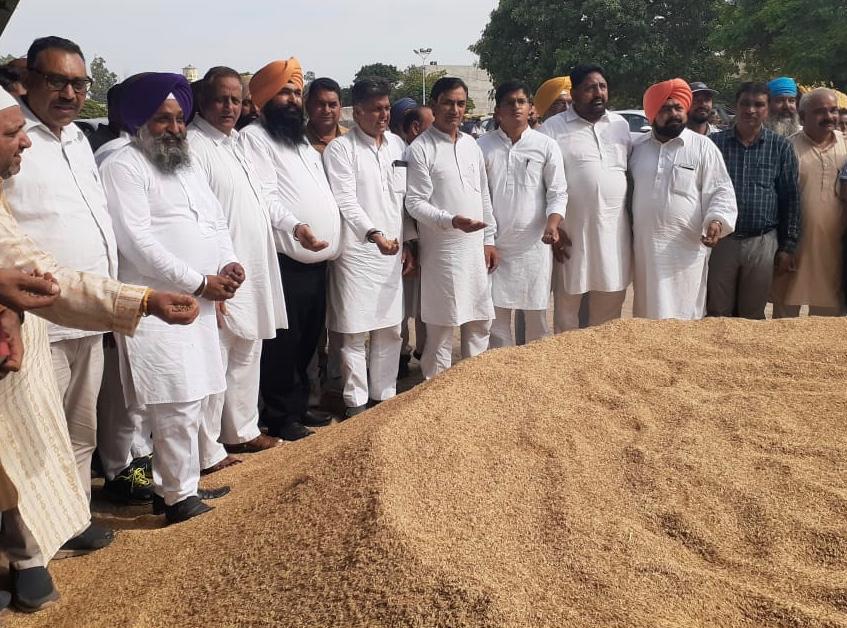 By SK.Vyas:
BANGA (NAWANSHAHR), October 6,2019:  Sri Anandpur Sahib MP Manish Tewari today said that the Congress government in the state was committed to all round development of the state. He was speaking at a function organized in the Grain Market here today.
Tewari also announced that he had got sanctioned Rs 3.17 crore special grant from Punjab Mandi Board for the Banga Graint Market’s development. He said, this grant will be utilized for the overall development of the market and will facilitate better working of the traders and the farmers.
The MP said, the Congress government was only midway through its term and the change was already visible around. He said, despite having inherited a bankrupt state from the ten year misrule of the Akali-BJP government, Capt Amarinder Singh had successfully managed to steer the economy in a better way.
He pointed out, the Congress government had provided debt relief to thousands and thousands of farmers across the state by mobilizing whatever resources were available. Besides, he added, the law and order had improved and the drugs had been curbed to a great extent.
Tewari assured that there were two and a half more years left of this government and hopefully Congress will return to power again. He said, the development measures initiated by Capt Amarinder government have already started bearing fruits and in next two years there will be a complete turnaround.
Tewari was accompanied by Satbir Singh Pallijikki, Tarolochan Singh Soond, Mohan Lal, Pawan Dewan, Rajinder Thekedar, Dr Harpreet Kainth, Raghbir Billa, Kamaljit Banga, Mahanmohan Singh, Sukjinder Snigh Naura, Vijay Gupta, Bhupinder Singh Kangror, Baldev Singh, Dharavjet Singh Ponni and others.