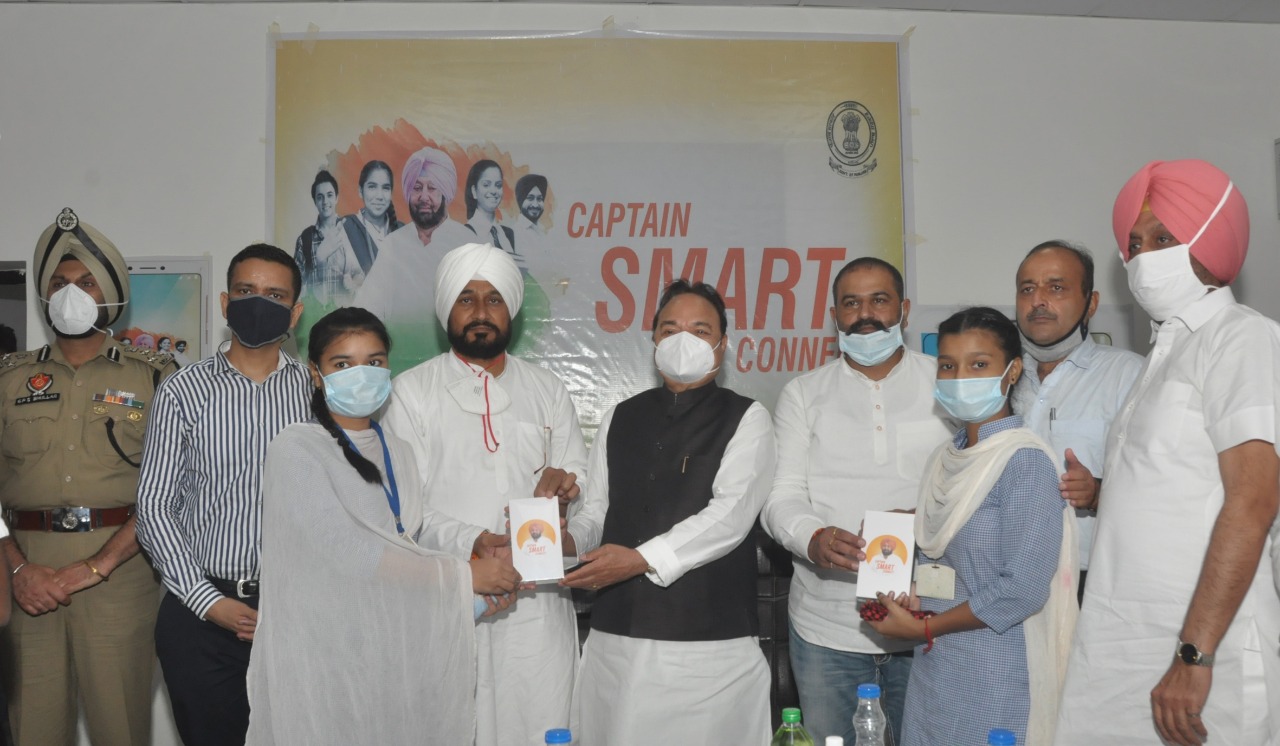 The Technical Education Minister accompanied by Member of Parliament Chaudhary Santokh Singh, MLAs Sushil Kumar Rinku, Rajinder Beri, Deputy Commissioner Ghanshyam Thori, Commissioner of Police GPS Bhullar, SSP Satinder Singh said that this is a historic step taken by the Chief Minister Capt Amarinder Singh led the Government to equip all those students of schools especially Government Schools, who were facing difficulties in accessing the online study material or other Educational content in these trying situations of COVID.

He said that the pandemic has halted routine classes in the schools, which led an adverse effect on the poor and rural students, especially of government schools, were facing several problems in getting equal opportunities like others in private educational institutions.

Channi said that this move would not only ensure the students remain connected with education but will also empower them digitally. 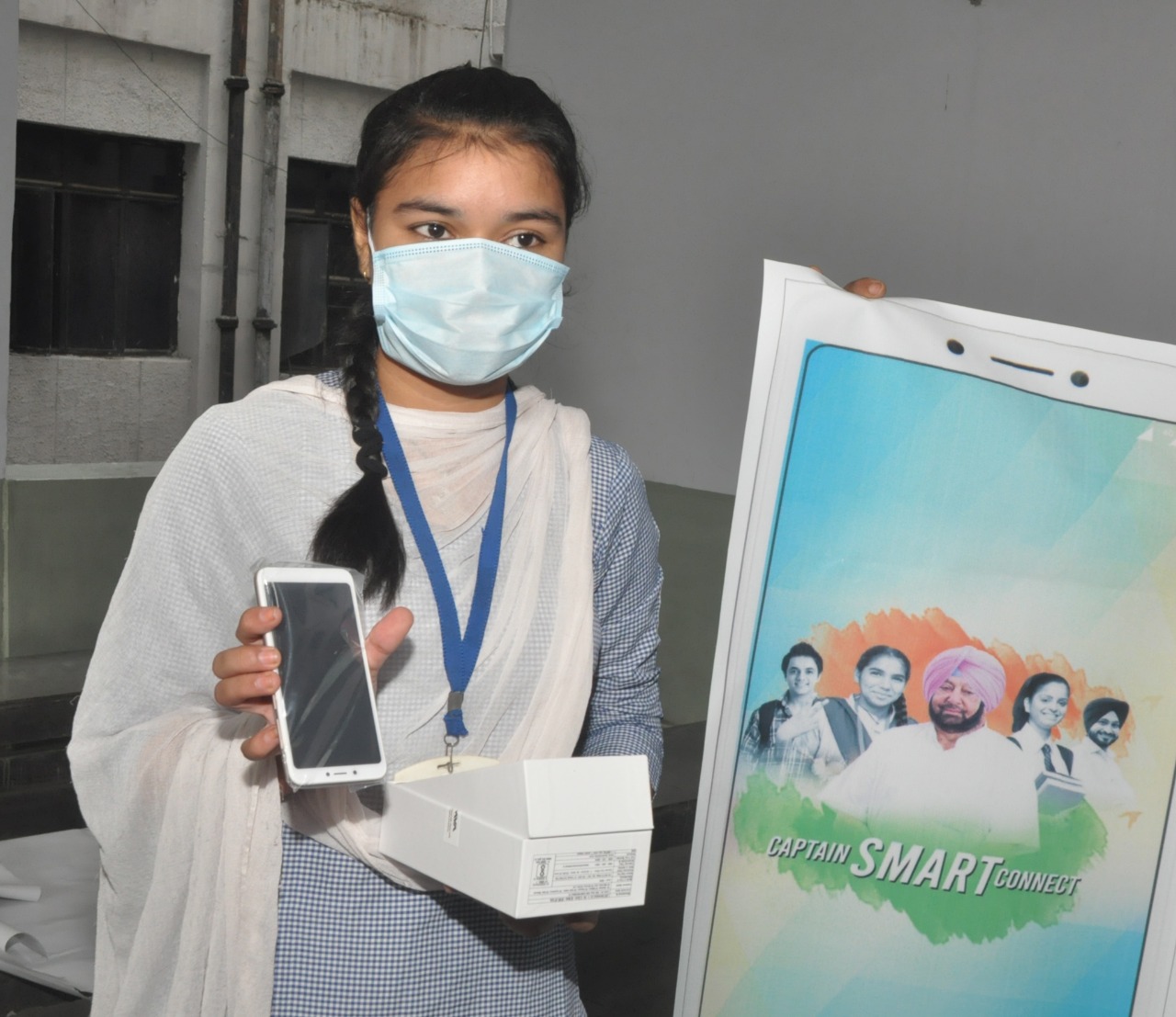 The Cabinet Minister told that under this scheme, phones would be given to 11894  students of 12th class in government schools consisting 5509 boys and 6385 girls. He further disclosed that the remaining phones would be given in a phased wised manner following strict adherence to the COVID protocols.

He said that the students would be able to access relevant information about their course besides they can avail citizen services online with the help of smartphones easily.

Channi also added that youth would also get the information about employment opportunities, job fairs and recruitment drives under the Ghar-Ghar Rozgaar program of the state.