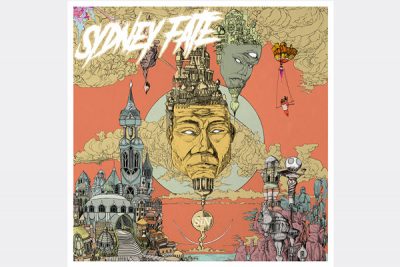 MUMBAI, January 14, 2020: Cardiff, United Kingdom alternative metal band Sydney Fate will release their debut full-length album entitled Silicon Nitride on April 3, 2020, via Eclipse Records. The album was produced by The Graves Brothers (Asking Alexandria, Eyes Set to Kill, In Visions) at Innersound Audio in York. The album artwork was designed by Jacob D’Silva. See below for the full tracklisting…

Silicon Nitride contains eight emotionally present alternative-metal anthems, that will expand your consciousness in ways you’ve never heard before! Highlights on the album include “Sound Alive”, a positive song about overcoming obstacles in life, “Oceans” which tackles how your surroundings have a big impact on the way you see the world, and “TACENDA” which is about the inner conflicts of the mind.

The band has also revealed the first music video from the album for the first single “Sound Alive”. The video was directed by Chris Porter, and filmed on location at Caerphilly Mountain in Wales. Watch the video right now at this location.

Sound Alive was written about the personal journey of overcoming hard times and getting yourself back on track by faking your way to the top” says singer Bailey Edwards. “We wanted to keep the video for Sound Alive very minimalist to emphasize the loneliness behind the song, which (fused with the remote location) really promoted the feeling of isolation.” Guitarist Dom Evans continues, “we ended up walking for thirty minutes into Caerphilly Mountain with a full back line, a generator and all our gear. This took us about two hours because we had to make many trips. By the time we got started we only had a few hours of daylight left, but thanks to the amazing team behind us we were able to get everything recorded and a workout!”