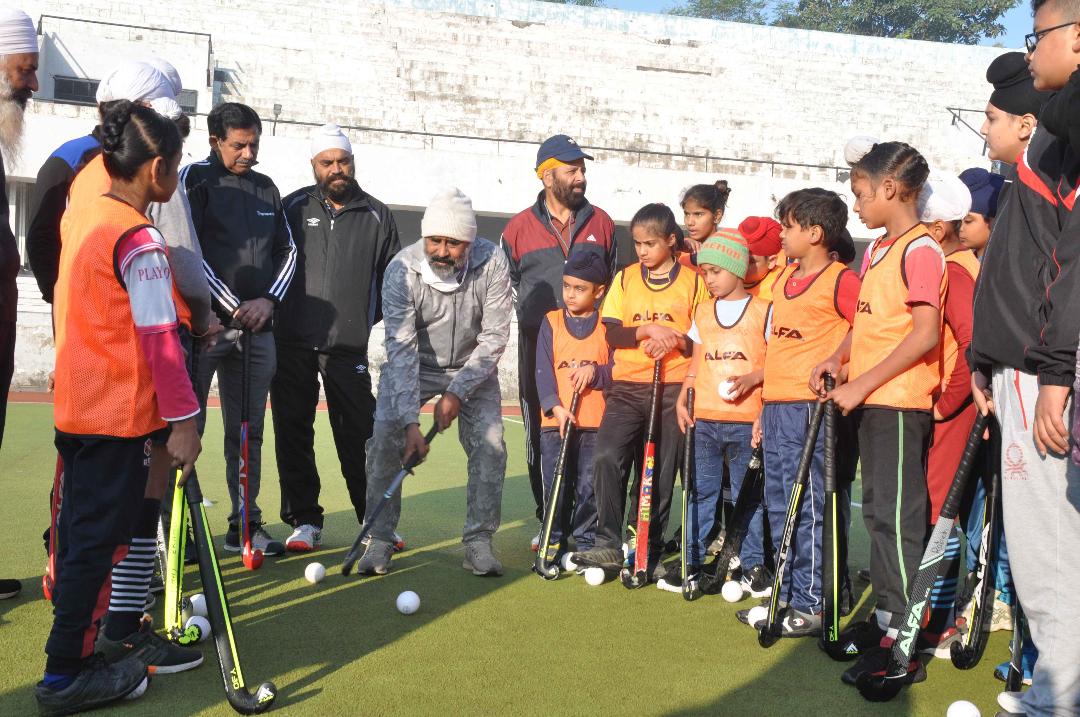 Punjab Government and Hockey Punjab will give full support

Jalandhar 21,2020:  November: The overwhelming enthusiasm among the children at Surjit Hockey Coaching Camp will soon be known as the leading hockey nursery in the country.

According to Iqbal Singh Sandhu, Hony. Secretary of the Surjit Hockey Society that the former skipper of Indian Hockey Team, Hony. Secretary, Hockey Punjab & Padma Shri Pargat Singh, MLA, Jalandhar Cantt. along with Olympian Gundeep Kumar, Olympian Harpreet Singh Mander,  international players Daljit Singh and Olympian Sanjeev Kumar Dang visited on the 60th day of the ongoing Surjit Hockey Coaching camp to bless the little hockey players.  Addressing the players on the occasion, Pargat Singh said that it is clear from the overwhelming enthusiasm among the children at the Surjit Hockey Coaching Camp that a camp would soon be known as the leading hockey nursery in the country.  He also said that veterans & former hockey players of other districts should learn from the coaching camp run by Surjit Hockey Society and they should start similar hockey camps in their respective districts also for the promotion of hockey in Punjab.

Pargat Singh especially thanked the parents of nearly 100 participating children who are bringing their children to this hockey coaching camp themselves to keep their children physically fit and to take care of their drug-free future. He also appealed to all the parents to send as many children as possible to this camp.  He further said that new astroturf in Surjit Hockey Stadium would be laid in next 3 months and also new astroturf would be laid in Lyallpur Khalsa College and Kukar Pind soon.

According to Sandhu, on this occasion, all four Olympians namely Padma Shri Pargat Singh, Olympian Gundeep Kumar, Olympian Harpreet Singh Mander, international players Daljit Singh and Olympian Sanjeev Kumar Dang interacted with hockey players and told them the story that how they started hockey in their childhood and also shared hockey tips with the players. In the meantime international players Daljit Singh donated  21 hockey sticks to players of this camp. 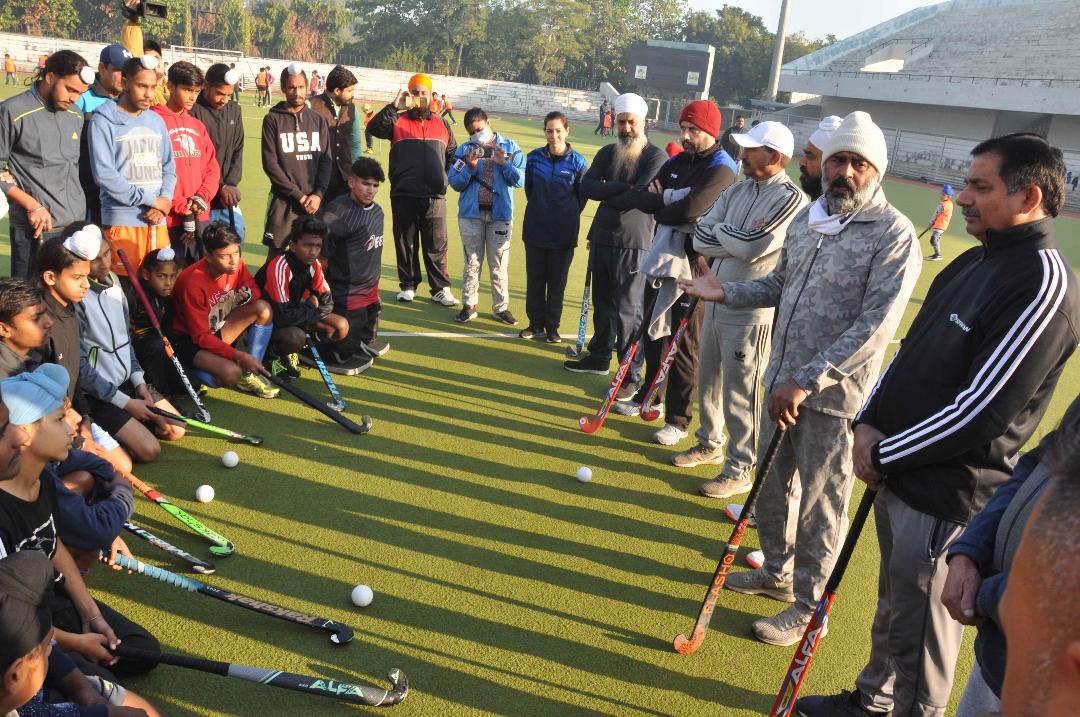 According to Surinder Singh Bhapa, Director (Coaching Camp) of Surjit Hockey Society that under the able guidance of Ghanshyam Thori, Deputy Commissioner, Jalandhar, who is also  President of Surjit Hockey Society,  more than 100 players of the age group under  14 & 19 years are participating, are being trained by good coaches like Olympians Rajinder Singh, Davinder Singh, Avtar Singh Pinka, Rajinder Kumar Sharma and Yadvinder Singh Johnny.  He further said that no fee is being charged for attending the camp and the training is absolutely free.  Apart from hockey sticks and fruits, soaked almonds are being provided to the participants as daily food to all the participants, sponsored by NRI & Sports promoter Tut Brothers of UDA, Surinder Singh Bhapa added.