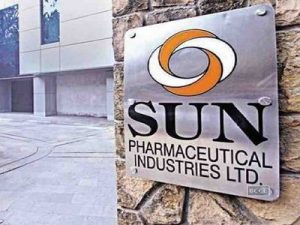 Favipiravir, along with another antiviral, remdesivir, has emerged as one of the most sought-after drugs at hospitals fighting COVID-19 in India, which saw a surge of 50,000-plus infections for the sixth straight day on Tuesday.

Sun’s version of favipiravir, to be called FluGuard, will cost 35 rupees (47 cents) per 200 mg tablet, making it the cheapest version available. Stocks will be available this week.

Shares in Sun Pharma, one of the world’s largest generic drug manufacturers, climbed after the news and were last up 1.7% in an upbeat Mumbai market.

Still, Indian regulators gave emergency approval to favipiravir in June in an effort to tackle the “urgent and unmet” need for COVID-19 treatments in the country.

Separately, another Indian drugmaker, Jubilant Life Sciences Ltd, on Monday announced the launch of its version of remdesivir, priced at 4,700 rupees per 100 mg vial. Jubilant is among the companies producing the drug under license from U.S.-based Gilead Sciences Inc.

Global coronavirus cases have crossed 18.3 million, resulting in close to 694,000 deaths. India has a caseload of over 1.8 million, the third-biggest, behind the United States and Brazil.

India on guard in Kashmir ahead of the anniversary of lost autonomy
With their support, 200 ICU beds & 500 non ICU beds would be added to existing strength: Deputy Commissioner
Comment