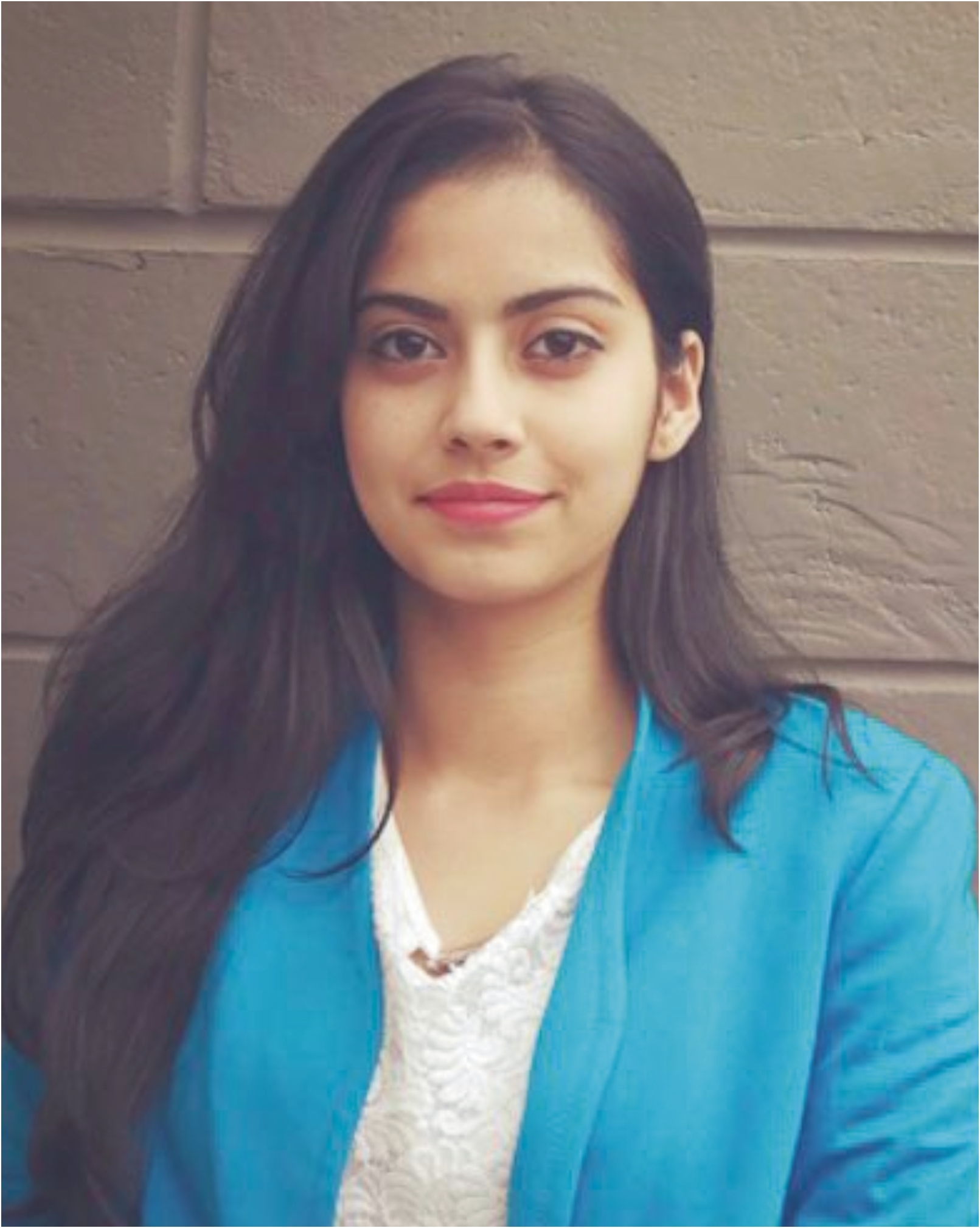 By SK.Vyas :
A true talent is not reliant on formal introductions instead it is very much capable of forming its own identity among society. Accomplished individuals are not formed by a procedure; they are born with such in-built qualities. In the light of their skill, knowledge and qualities they undergo much of their lifespan with distinction and numerous destinations are achieved along the way with unparalleled levels of success. True talent is beyond the realms of age groups as well. Punjabi community is a shining example of the same, with Punjabis all over the world carving out a unique identity for themselves with their skill, qualities and virtues of leadership irrespective of prevalent circumstances of the times. With their unmatched qualities of dealing with all kind of situations, Punjabis have excelled in business, politics, social standings and even in educational spheres all over the globe.
One such prominent and shining example of the same is Sukhjot Kaur Samra, a bright and immensely capable prodigy from Jalandhar who has continued her excellent series of accomplishments after moving to The Saskatchewan Institute of Applied Sciences and Technology, Canada. During her degree course in financial studies in the prestigious aforementioned institute, she created history by winning SPSA president election on the first time of asking. Prior to that, during her study in the Moose Jaw Campus, Sukhjot Kaur Samra accomplished a similar feat by winning the election for Campus Vice President at the age of mere 18 years and 3 months.
This victory was followed by the election procedure for student body election covering all the campuses of Saskatchewan Institute of Applied Sciences and Technology wherein Sukhjot Kaur Samra was comprehensively elected as the president. She joined her office as president on 1st April 2019 and in doing so, became the first female and first overseas student to hold this prestigious office. It is also worth mentioning that until now only male candidates from Canada had been winning and rendering their services on this highly important position but Sukhjot bucked this trend with her groundbreaking victory.
The values of leadership in the fields of education and administration were an inseparable part of the upbringing that Sukhjot Kaur Samra received at her home in her native Jalandhar. Her father Dr. Gurpinder Singh Samra is serving as the Principal of Lyallpur Khalsa College, Jalandhar and is a renowned educationist of the region. Principal Dr. Samra earlier served as the Head of the Mathematics Department in the same college and he has rendered excellent services as Principal of the same institution since the year 2012. Under the leadership and instructions of Dr. Samra, Lyallpur Khalsa College has established itself as the premier educational Institute of northern India and with his deep understanding and awareness he has brought numerous projects and grants worth crores of rupees, to the college from National Assessment and Accreditation Council (NAAC) under their various schemes and programs for education institutes. Hence, it does not come as a surprise that Sukhjot is making tremendous achievements on the international level owing to the inspiration put forth by the iconic, visionary and hardworking personality of Dr. Samra. In other words, Sukhjot Kaur Samra is continuing to take forward the inherited family virtues of leadership in education and administration spheres.
She completed her schooling in Commerce stream from Cambridge International School Co-educational School Jalandhar. During her time in the school, she equally excelled in sports and cultural activities along with her academic merit and she was also adjudged and honored as the best speaker in her school. These multidimensional aspects of her personality have paved the way for her becoming the President of SPSA. On this achievement, the management of her school, Principal Kiranjit Kaur Dhillon and the entire staff proudly regards her as the ‘Iconic Student of the School’.
As per her duties and responsibilities as the President of SPSA, Sukhjot Kaur Samra has skillfully lead the student associations in Toronto, Calgary, Vancouver and other state campuses along with presenting various schemes for Student Welfare whilst also putting forth her views on the problems faced by students in the light of addressing them suitably. The student working on this prestigious position is given a proper office and associate staff for efficient working so that the office holder is able to implement efficient policies and programs for student welfare.
This body also works to ensure the all-round development of students, promoting cultural harmony and to infuse leadership qualities among students. The vision is also to provide students a platform to express themselves and avail educational opportunities available on municipal, provincial and national levels. Therefore, it is a matter of extreme pride and honor for the entire city of Jalandhar and Punjabi community in general, that a young prodigy of the region has gone on to become the President of such a prestigious student body known for its excellence all over the world.
The entire region and community collectively hopes that the immensely talented daughter of the Samra family will continue to make such groundbreaking accomplishments in the coming future and following the footsteps of Dr. Gurpinder Singh Samra, she will continue to bring laurels to her family, her native city of Jalandhar and the state of Punjab.