Home » Students in Haryana ban not to bring mobiles in schools. 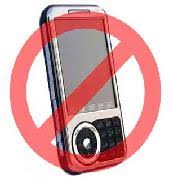 Chandigarh March 3, 2021: Students of schools in Haryana will not be allowed to take mobiles during school timings. Haryana Education Minister, Kanwar Pal said that clear directions should be issued to students not to bring mobile phones in schools. Students who wanted to study Online on mobiles should do so from home as mobiles would not be allowed in schools. It was stated by him while he was presiding over a meeting of officers of the education department here on Wednesday.

He also directed the officers of the Education Department to take concrete action in relation to the problems of JBT teachers willing for mutual transfers. He also took stock of the progress of several schemes of the department.

The minister also said that the cases of pending recruitment in the education department should be expedited. Any legal complexities which were being faced should be redressed, he added. He directed senior officers to draft a proposal for recruitment to vacant Group D posts in the department so the posts can be filled in time. He said that cases of transfer of teachers should be dealt with on a priority basis.

During the meeting, it was informed that out of 136 Model Sanskriti Schools being started in the state, 122 schools have been recognized by CBSE. The Education Minister also gave directions to complete the recognition of the remaining schools on priority. In this regard, it was also informed during the meeting that the schedule of the works to be done in these schools has been prepared.

It was also informed during the meeting that due to COVID-19, more than two lakh students, from private schools, have enrolled in government schools and the maximum number of students are of Class IX.

The New Education Policy (NEP) was also discussed during the meeting. The Minister directed to submit the report of the committees made to implement NEP in the state.Photo : Courtesy: CBSE portal