Home » State Police has made all necessary preparations to ensure law and order on May 23,Yadav 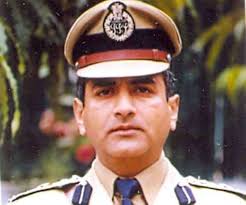 Chandigarh, May 22,2019: – Haryana Director General of Police (DGP)  Manoj Yadava said that State has got 10 additional companies of Central Armed Paramilitary Forces to maintain law and order in Rohtak, Sonipat, Jhajjar, Bhiwani, Sirsa and Hisar districts as well as to ensure peace after announcement of the counting results in the state.

The security of strong rooms, housing the EVMs, has been tightened with a total strength of 35 companies including 23 of Central paramilitary and 12 of Indian Reserve Battalion. In all, these companies will have a total of 3150 personnel. In addition to State Armed Police Force, adequate local police personnel have also been stationed for full-proof safety at the strong rooms where EVMs have been stored under three-layer security.

He instructed the districts police chiefs to make full-proof security arrangements in and around the counting centres. “Any element that will try to vitiate the law and order and disrupt the counting process will not be spared”, the DGP warned.

Mr Yadava urged the citizens to ignore rumors on counting day as Haryana Police will ensure completion of counting process in a peaceful and manner. He also sought support from representatives of political parties and people of the state on the day of counting.

Provision of  audit of five VVPAT machines  made in  counting of votes, Rajeev Ranjan
900 SECURITY PERSONNEL FROM STATE POLICE, PAP AND PARA MILITARY FORCES DEPLOYED FOR PROTECTION OF EVMs ROUND THE CLOCK
Comment