Jalandhar, July 9,2019 : Senior Superintendent of Police Jalandhar (Rural) Navjot Singh Mahal today asked the chemists and druggists falling under his jurisdiction to desist from selling the banned drugs to the people else strict action would be taken against them.

Chairing a meeting with the chemists falling under Jalandhar Rural here at his office, the Senior Superintendent of Police said that sternest of stern action would be taken against any chemist/ druggist found violating the law. He said that Police was committed for wiping out the curse of drugs from Jalandhar to make it completely a drug free district. Mahal said that already a vigorous drive has been undertaken by the Jalandhar Rural Police to break the backbone of drug peddlers. 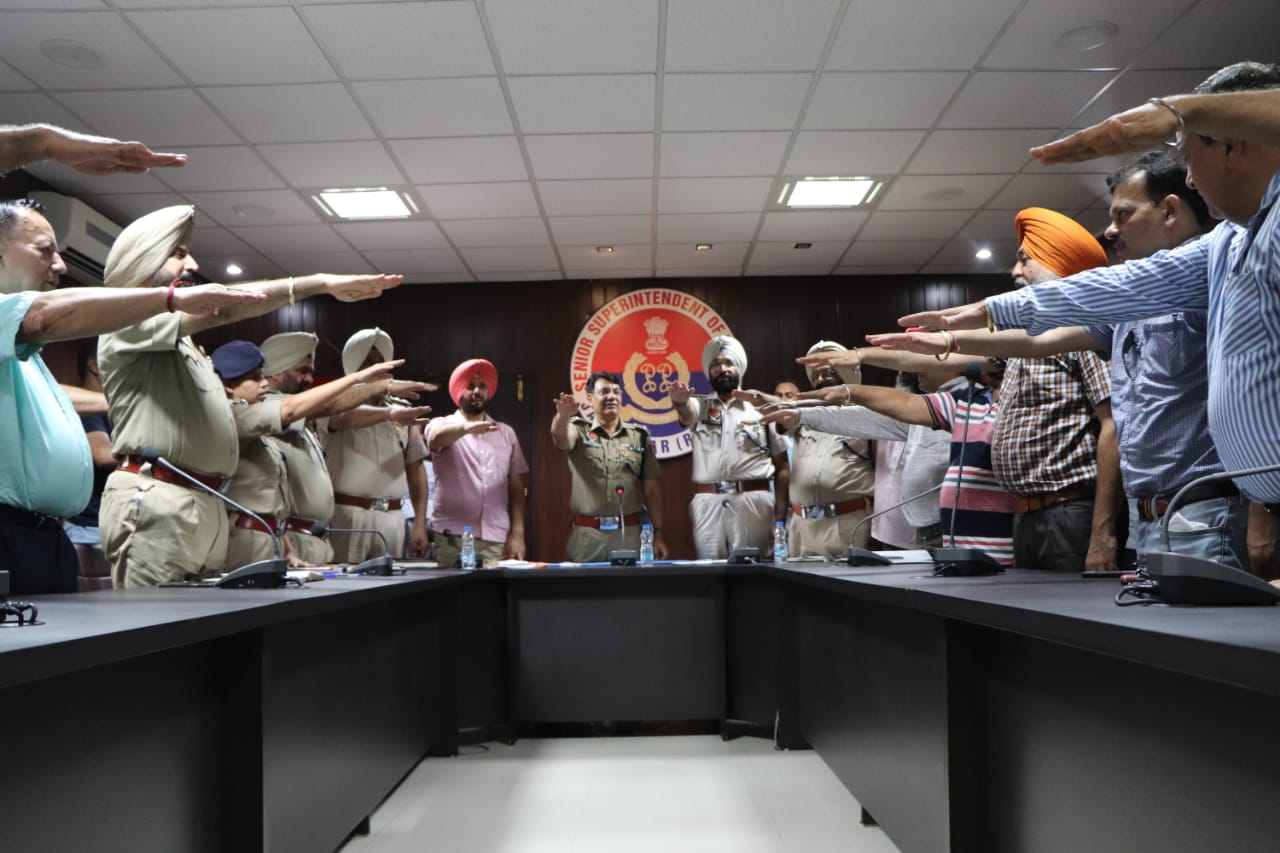 The Senior Superintendent of Police said that chemist must maintain proper records and registers regarding the sale of drugs from their shops. Likewise, he said that a strict tab must also be kept over the sale and purchase of habit-forming drugs. Mahal further said that the Police would take strict action against any sort of illegal sale/ purchase of intoxicants or habit-forming drugs.

The Senior Superintendent of Police categorically said that the chemist should not sell the drugs/ medicines enlisted in Schedule H without the prescription of the Doctors besides ensuring the proper implementation of theDrugs and Cosmetics Act 1940. He said that anyone found indulging in the heinous crime against humanity by selling drugs illegally would not be spared at any cost. Soliciting fulsome support and cooperation from the chemists for this noble cause, Mahal said that all of us should join hands to make Jalandhar a drug free district.

On the occasion, the Senior Superintendent of Police also administered pledge to chemist against drugs.