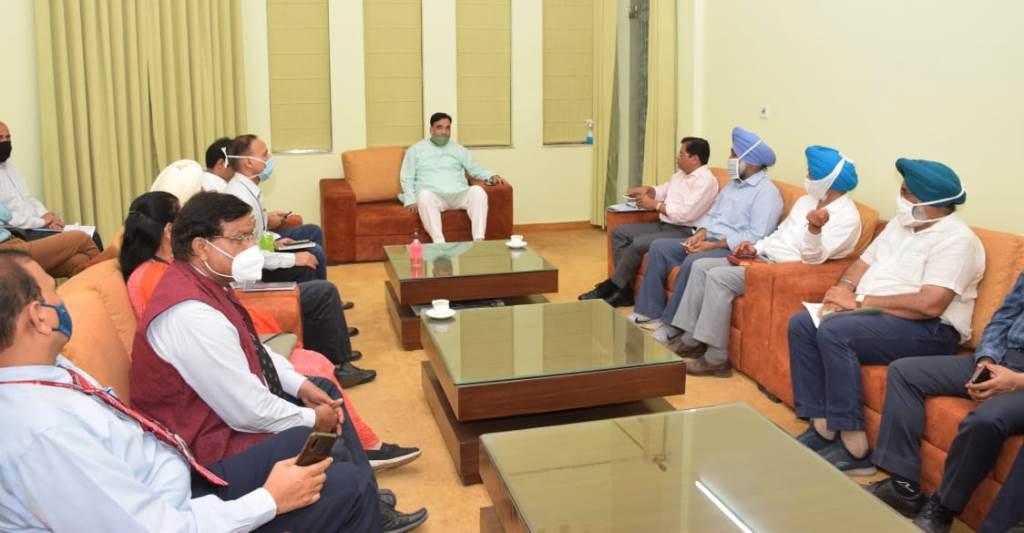 Delhi Development Minister Shri Gopal Rai said,  “A delegation of senior officials from Haryana and Punjab have come to Delhi to understand the impact of the bio-de-composer by the Pusa Institute to solve the problem of stubble burning. We discussed this in a meeting with the delegation and informed them about the effects of bio-de-composer.”

The delegation met the farmers of Delhi’s Hiranki, Palla and Jindpur villages along with officials of the Delhi Development Department and scientists from Pusa Institute. After meeting the farmers, officials from Punjab and Haryana and scientists from Pusa Institute met Delhi Development Minister Shri Gopal Rai. Farmers of Delhi told them that spraying of bio-de-composer is very effective and at the same time they had to use less fertilizer. The farmers said that the fertility of the field has also been improved. These senior officials also observed that the way Delhi CM and the Development Minister worked with the farmers to stop the stubble burning and has positive impacts on the farmers.

Development Minister Shri Gopal Rai said, “All the states will have to make concerted efforts to solve the problem of stubble burning. The delhi development minister told the officials of both the states that a centralized arrangement will have to be made for this and a centre should be established in each district, through which bio-de-composers would be provided free of cost to the farmers. Other state governments should provide bio-composure free of cost to stop stubble burning just like the Delhi government.”

Shri  Gopal Rai further said that both short term and long term policy will have to be made for this so that the problem of burning stubble can be eliminated. Shri Gopal Rai said,  “Scientists of Pusa Institute and officials of Delhi, Haryana and Punjab should work on this by forming a joint team. On this occasion, the officials appreciated the efforts of the Delhi government.”