Home » Sr Lawyer based at Chandigarh murdered at Roop Nagar 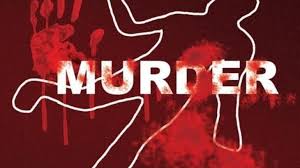 RUPNAGAR August 3, 2020: Kulbir Singh a senior practicing at  Punjab and Haryana High Court in Chandigarh was today found murdered near village Dhanuari under Chamkaur Sahib Sub Division in this district.
Kulbir Singh a native of Dera Bassi in Fatehgarh Sahib district was living in Chandigarh and he had a dispute with certain persons over a Kothi in Sector 18 Chandigarh. A case in this regard was pending in Kharar judicial courts.
SSP Rupnagar Swapan Sharma in a press statement said that Police have recovered the dead body of Kulbir Singh and his Audi car from Sirhind Canal where it was dumped by the accused. Police have arrested the two accused and they have confessed the murder.
SSP said that Jagdish Singh, brother of the deceased, had filed a complaint with police that his brother was missing since July 31, 2020. He had named Gurmeet Singh in the FIR with whom the property dispute was going on in the court. Police arrested Gurmeet Singh and his accomplice Rajwinder Singh both residents of Dhanauri village.