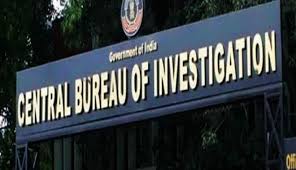 It was alleged that Sh. Abhishek Srivastava (Private Person) in conspiracy with other accused got prepared bogus Kisan Vikas Patras by way of scanning & changing the number of KVPs.  He allegedly prepared bogus seal of Post Office and forged signatures of the concerned postal officials for preparing fake KVPs and used the said fake KVPs of Rs.39.5 lakh (approx) for getting sanctioned & disbursed loan of Rs.30 lakh by the then Senior Manager, Bank of India, Kakori Branch, Lucknow. After investigation, a chargesheet was filed on 26.11.2010.

The trial against Sh. Abhishek Srivastava was separated as he absconded and was not attending the trial.  He was declared absconder and after painstaking efforts, he could be apprehended from Mumbai on 31.12.2019. The Trial Court completed the ongoing trial against accused and convicted him on 25.02.2021.