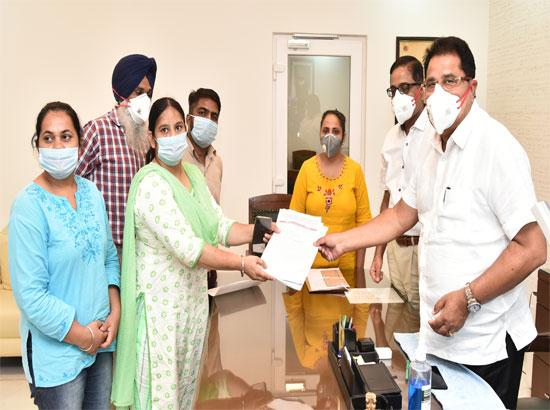 Chandigarh, September 15, 2020: During a meeting with Punjab Medical Education and Research Minister Om Prakash Soni, the Nursing Employees Union working at Rajinder Hospital, Patiala and Guru Nanak Hospital, Amritsar assured that they would not go on strike in the future.

A meeting regarding the demands of nurses was held under the chairmanship of Mr. Soni at his official residence here today in the presence of Principal Secretary, Medical Education and Research Department Mr. DK Tewari. Representatives of Guru Tegh Bahadur Nursing Employees Union Punjab were present in this meeting.

During the interaction after receiving the memorandum from the union, Mr. Soni lauded the role played by the nursing staff in the fight against coronavirus.

Soni said that the main demand of the Nursing Union has not in his jurisdiction but it falls in the ambit of the cabinet and the decision could be taken by the entire Cabinet. He firmly assured that he would take up the matter vigorously with the cabinet and chief minister Captain Amrinder Singh. He also expressed hope that a favourable decision would come.

Agri-ordinance are a step towards privatising the farming industry: Bhagwant Mann
Danve to appologise for misleading statement on Frrm Ordinances:Captain Amarinder Singh
Comment