SAYS, INSTALLATION OF 32 CCTV CAMERAS, PAINTING AND REPAIRING OF SWINGS TO BE COMPLETED WITHIN A MONTH

Jalandhar, January 9, 2020: Executing his plans to give new look to the Nikku Park for boosting footfall especially of children here, Deputy Commissioner Ghanshyam Thori ordered the high power committee managing it, to complete the works of installing 32 CCTV cameras, repairing of all swings and painting within a month. It is pertinent to mention here that on December 29, 2020, the Deputy Commissioner had announced to give Rs 5 lakh for the complete facelift of the Nikku Park to the high-powered committee during his visit.

Presiding over a meeting with the officials, Thori directed the officials to ensure timely completion of all these works in the park as it is a valuable asset for the city and its people. 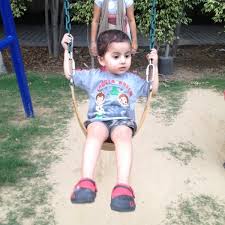 Deputy Commissioner said that swings including bungee jumping, breakdance, bull ride, frog ride and others would be repaired for which the high power committee has already invited the private company.

He said that work of installing 32 CCTV cameras, painting of the boundary wall and other structures inside the park, floodlights, new grass cutting machines and renovation of the washrooms would also be carried out simultaneously.

Thori said he would keep a close vigil on the works so that the park is maintained properly and the people and kids continue to enjoy in the park without any sort of inconvenience to them.