Home » SK.Sondhi who shine both in service and Sports 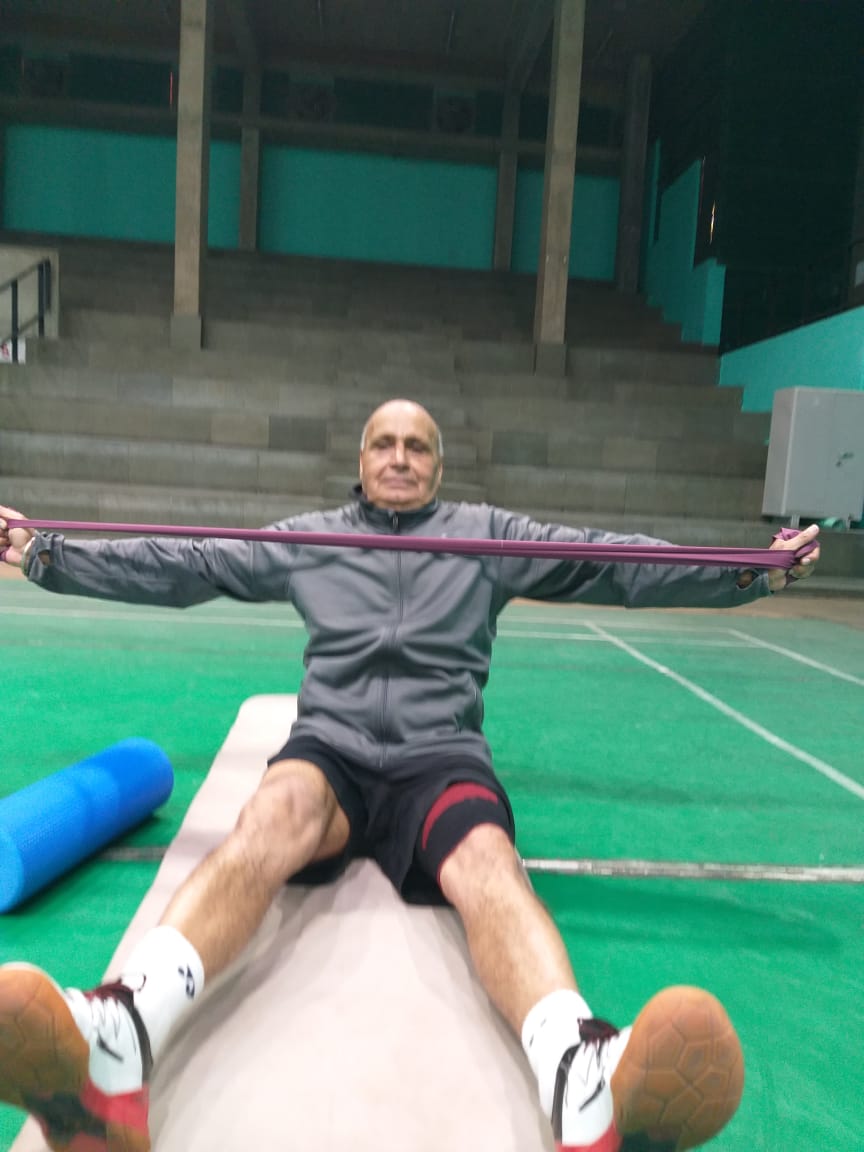 CHANDIGARH—Old is gold has been proving by veterans of the country by bringing haul of gold (medals) in various sports at national and international levels. S.K Sondhi of Chandigarh is also among them who has not only performed well in his service but also in the sports arena. Sports is not a word that came to his mind when he thinks about his journey in sports and fitness. He is not only an outstanding performance during his service but also in sports.

His interest in sports had been during his school days but he could not keep pace with sports along with his study. He passed out from Panjab Agriculture University, Ludhiana. After retirement in 2012, he took badminton as a fitness tool but later on it imbibed an interest to participate at national and international levels. It pays dividends to him.

Retired as chief conservator of Soil and Water Conservation, Punjab was awarded Certificate of Appreciation for his outstanding contribution in agriculture research and development by the PAU. Also, he was credited with the Leadership Award given by the Soil Conservation Society of India for his contribution to soil and water conservation. He had also served as a member of the State Environment Impact Assessment Authority under the Ministry of Environment and Forests.

Besides, he was awarded a gold medal award-2016 at Ist Asian Conference on ‘Water and Land Management.’  Sondhi was also awarded Gold Medal by Uma Bharti, Minister of Water Resources, Government of India, in 2016. While talking to  Sondhi told that his encounter with sports was in junior school during the physical education curriculum. When I joined the government job there were not any physical fitness requirements. I was very active but did not participate in any sports. After retirement, I needed a tool to keep me fit and I found badminton that kept me active and endorphins flowing.

It brought positive changes in me and instead of seeing what I could not do, I saw what I was capable of achieving. I gained a more positive outlook and thought to go for the competition. “Today, each day that I get up and put both feet on the badminton court is a great day,” says  Sondhi.  Each step, with a badminton racket in my hands, is more challenging now than before.

His mission of bringing Veterans and young in the sports arena together is inspirational.  No one cares how old, how young, how fast, or how slow you are. We are a family who fosters relationships inside and out of the sports arena. We are all in this together. Every person matters. We are all sportsperson in our own way, feels Mr Sondhi.