Home » ‘Save Water’ Campaign in Govt. schools from August 1 to August 15 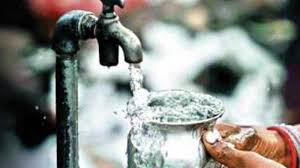 S.A.S. Nagar July 30 , 2019: With a view to sensitise the public regarding the grave situation of depleting of underground water level in Punjab, the Department of Education would  observe ‘Water Conservation Fortnight “from August 1 to August 15. During annual the fortnight,  the students would learn the different aspects understanding the need and importance of water conservation to  ensure sustainability of life on earth and would act as brand ambassadors of the “Save Water Campaign ” to create public awareness in their vicinity.
A spokesperson of the Education Department said that various activities involving all primary, middle and secondary level students of the state would be conducted  under the aegis of the State Education Research and Training Institute, Punjab.
To begin with, there will be a Essay Writing competition on ‘Water Conservation’ on the first day of the August followed by ” Painting Competition ” on August 2.
Students will plant saplings in the school on August 3.  An ” Inter house quiz” based on Water Conservation, Environment, General Knowledge  will be organised in schools in August 5.
On the 6th of August there will be one act play/ skits on the theme of water conservation in the morning. On August 7, slogans writing competition would be organized.
On August 8, the students would conduct survey of the school premises to check wastage of water. On August 9, there will be class level “Chart making contests” in the schools.
A test based on multiple choice questionnaire sent by the department would be organised on August 13. This test will be different at the primary, middle and secondary levels.  The marathon run will be conducted on August 14 according to the age group of the students. The students ,excelling in various activities, will be honored in the morning assembly.

Police recovers 9,000 ltrs ‘lahan’, destroys on the spot to avoid its misuse

Resumption of train services to bring stagnant economy back on track: Virk