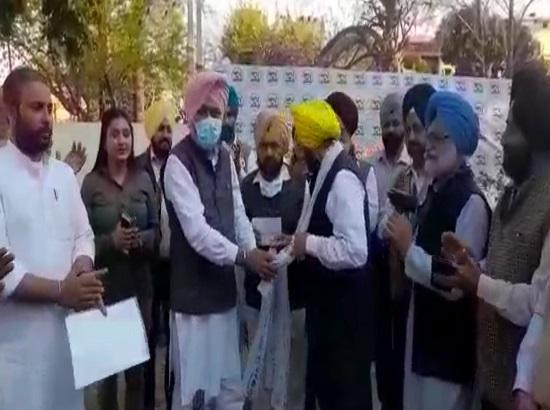 Sarabjit Singh Pandher is also a former boxing player and a two-time All-India Inter University Champion. He is the president of Sunam sports welfare association. Welcoming him into the party, Cheema said that due to the pro-people policies of AAP, the party’s fleet was growing with a large number of people joining.  He said that the people see the AAP as the only credible alternative that can change politics in the state and make the lives of the people better.

On the occasion, Sarabjit Pandher said that he had joined the Aam Aadmi Party after being impressed by the work being done by the Delhi’s Arvind Kejriwal government. He said that whatever responsibility the party entrusts to him, he would work towards strengthening the party with full vigor and devotion.