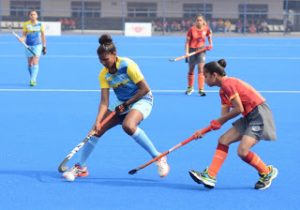 Academy in the first match of the second day. Hetal Goswami (12′, 15′, 45′) bagged a hat-trick while Madhavi Mhatre (8′, 13′) scored two goals in their Pool A match. Captain Apoorva Rana (10′) and Sanjana Salunkhe (25′) also scored a goal each. In another Pool A match of the day, SAI- Academy eased past Roundglass Punjab Hockey Club Academy with a 5-0 win. Captain Sonam (2′, 22′) and Sunelita Toppo (11′, 25′) scored a brace each while Kirti (7′) scored one goal to help SAI-Academy start their campaign on a winning note.

In Pool B, Odisha Naval Tata Hockey High Performance Centre registered their second consecutive win of the tournament, beating Jai Bharat Hockey Academy 8-0 in what was the third match of the day. Captain Munmuni Das (16′, 56′), Elani Tuti (22′, 37′) bagged two goals each whereas Ashima Rout (2′), Babyrani Sandam (9′), Priya Toppo (34′) and Supriya Kuju (50′) also chipped in with one goal each.

BCCI yet to discuss IPL offer from English counties