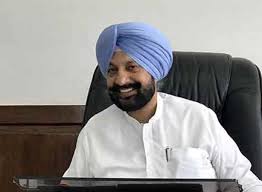 Chandigarh, January 23, 2020: Acting on the reports of discrepancies regarding the implementation of Sarbat Sehat Bima Yojna (SSBY), the SAFU (State Anti Fraud Unit) has issued 15 show-cause Notices to erring Hospitals. SAFU was directed to actively monitor, pursue any instance of fraud/ irregularity observed under the SSBY and take astringent action, sparing no one for any default/ violation of the guidelines of the scheme. It was disclosed here today by the Health & Family Welfare Minister Balbir Singh Sidhu in a press communiqué.

The Minister said that he personally reviewed all the cases detected by SAFU team relating to discrepancies/ irregularities/frauds at the end of hospitals in Punjab. He said that SAFU team informed that 15 Show Cause notices have been issued so far to the hospitals, penalties have been imposed and warning letters have also been issued to few hospitals those were allegedly violating the terms of SSBY.

Balbir Singh Sidhu divulged that the major discrepancies that were cracked by SAFU team on which proactive action in the form of show-cause notices/Warning letters and penalties were imposed in wrong referral cases, money taken cases from beneficiaries for medicines and treatment by the empanelled hospitals, claiming money for ICU wards whereas the patient was admitted in the general ward, claiming money for the bilateral surgical procedures whereas the unilateral procedure was performed, denial of cashless treatment by the empanelled hospital to the beneficiaries and more than one surgical package claimed during single hospitalization.

The Minister further said that to ensure the easy access of secondary and tertiary health services under the SSBY, the Punjab Government has established the DAFU (District Anti Fraud Unit) in all districts to check these types of deceits. He said that DAFU has been directed to take immediate action if any health establishment is found to indulge in fraudulent means. He said that after a thorough investigation, concerned DAFU puts up the case to the State Anti Fraud Unit for further action.

Balbir Singh Sidhu clarified that apart from restricted 124 health packages of Government hospitals, the beneficiary can go directly to the empanelled private hospital for getting treatment services such as heart surgery, joint replacement, cancer treatment and others covered under this scheme. He added that if any District Hospital is not able to provide the 124 restricted health packages, the cases are immediately referred to an empanelled private hospital without any delay.

Highlighting the services provided under the SSBY, the Minister said that treatment services of worth Rs 132.45 crore have been provided to 1,22,798 patients and so far 40,35,910 e-cards have been issued to the beneficiaries. Of these, more than 2010 have availed the treatment of heart surgery, 1981 have undergone cancer treatment, 18,050 have the facility of dialysis and 2630 elderly have got a joint replacement.

“To reduce the financial burden of people, Punjab Government is vigorously working to cover all patients and around 662 hospitals have been empanelled across the State. He added that State Government has also established District Grievances Redressal Committees for redressal of grievances of beneficiaries.