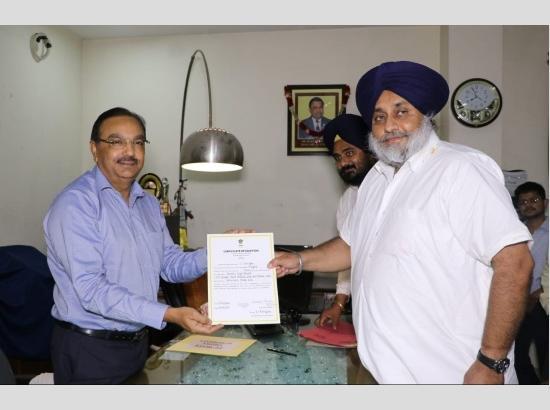 UNPRECEDENTED DEVELOPMENT WILL TAKE PLACE DURING MY REGIME IN FEROZEPUR  : SUKHBIR

Ferozepur, May 23, 2019: In a one-sided contest, SAD Chief and candidate from Ferozepur Sukhbir Singh Badal beat turncoat MP Sher Singh Ghubaya, who had switched to Congress just before the elections with a huge margin of 1,98,850 votes.

While addressing the media persons after receiving the “Certificate” of winning candidate, Sukhbir said that now the residents of this constituency will come to know about the development. “I will plan something “foolproof” for this constituency”, he said.

Meanwhile, Ghubaya raised questions on the EVM machines. “I respect the mandate but I cannot expect to lose with a margin of around two lakh votes”, he added.