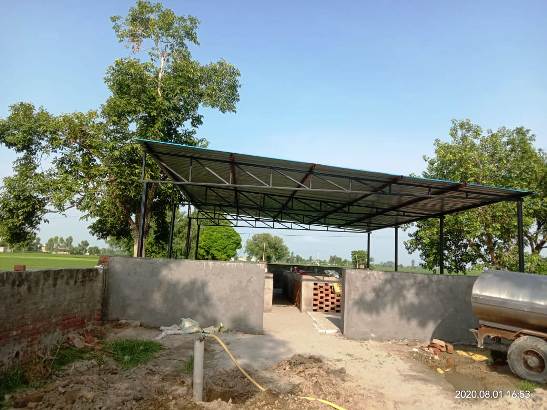 Ferozepur, August 2, 2020: To combat the threat to the environment posed due to open garbage dumps, the Rural Development and Panchayats Department on lines of cities have started implementing solid-waste management projects which will bring transformation in the villages.
These projects are proved to be a boon for the villagers, which are being replicated in other villages too to ensure transformation.
Divulging details, Additional Deputy Commissioner (Development) Ravinderpal Singh Sandhu said that over time the emphasis over the scientific disposal of garbage was being laid in the country. Hence, the department has started executing solid-waste management projects in rural areas to protect the environment.
The ADC said that recently a waste management project was completed in the Village Mare Kalan of block Guruharsahai at the cost of worth Rs. 6.08 Lakh and four compost pits were constructed in the village. He said that door to door garbage collection, waste segregation, and compost production was part of the project.
Pointing out further, DDPO Mr. Harjinder Singh said that the department was planning to extend such projects in the entire district so that the garbage dumps in the rural areas were disposed-off in a scientific way on the lines of cities. Mr. Harjinder Singh said that for environmental protection, the waste management measures were need of the hour.
The DDPO further pointed out that apart from the waste management project another project of laying interlocking tiles on the link road was completed in the village at the cost of worth Rs. 8.03 Lakh. He said that despite the Corona Virus pandemic, the department was taking up various development projects in the villages, and there was no paucity of funds to complete these projects. On one hand, these projects take the development of the villages to the next level and provide employment opportunities to the rural folks on the other, the DDPO concluded.