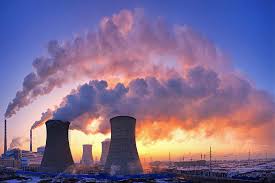 CHANDIGARH—As a new analysis by the Climate Risk Horizon (CRH), that analyses the risks to the Indian economy from climate change. A new study suggests by retiring old coal power plants could be an effective strategy to pull cash strapped power distribution sectors out of colossal debt. If 54 coal-based electricity generation that are 20 years or older located in 11 States are shut down within next two years, the action would save up to Rs 53,ooo crores over the five years for these States’ electricity distribution companies (Discoms).   This could make up for over 50 percent of the dues of the Discoms.

These savings will come from two streams–avoiding the installation cost of expensive pollution control technology that has to be in place by 2022 to meet the government-mandated 2015 air quality standards and using cheaper options to replace the costly electricity bought from the old plants under long-term purchase agreements, said the study released on September 3, 2020. India’s renewables capacity is currently enough to cater to the energy supplied by these plants, as per the report.

As on April 30, Indian discoms owed over Rs 1 lakh crore ($13.65 billion) to power generation companies, according to the Ministry of Power data. Of this, Rs 54,695 crore ($7.47 billion) could be traced to the 11 states analyzed by CRH–Andhra Pradesh, Bihar, Chhattisgarh, Gujarat, Karnataka, Madhya Pradesh, Maharashtra, Tamil Nadu, Telangana, Uttar Pradesh and West Bengal.

Now, forecasts say that discoms could end up owing lenders Rs 4.5 lakh crore ($61.27 billion) by the end of the financial year 2020-21–30% more than the last financial year. Given this spiraling crisis, the CRH study suggests that phasing out old coal plants will not only help indebted Discoms in the short- to mid-term but also have significant other benefits–such as “improving the financial condition of state governments and distribution companies, lowering the electricity purchase costs for consumers and ensuring better utilization of newer, more efficient electricity generation assets”.

Old plants use a lot more coal to produce electricity than the newer energy-efficient plants, polluting the atmosphere heavily. So their phase-out, coupled with the promotion of cleaner plants and renewables, will help manage the country’s environmental problems and curb and air pollution, said the study.

Coal power plants are one of India’s chief air polluters. Their emissions have been linked to 83,000 deaths annually in India. Also, the burning of coal is responsible for 44% of energy-related carbon dioxide emissions worldwide, contributing majorly to climate change.

This new capacity can only be redeemed if there is a huge increase in electricity demand– an unlikely case given the economic impacts of the COVID-19 pandemic, as per the CRH study. Electricity demand in India can drop by 7% to 17% by 2025 due to COVID-19, a new July 7 report by The Energy and Resources Institute (TERI), a Delhi-based think-tank, predicted.

The CRH study has suggested freezing further expenditure at any early stage in under-construction plants. In the 11 states included analyzed, 47 GW of projects are officially under construction, including about 14 GW capacity in the early stages of active construction.

Freezing this capacity “could cumulatively save over Rs 92,000 crore [$12.56 billion] of public funds”, the study concluded.

Sanjay Tandon presents computers to poor students on PM’s birthday
Chandigarh, September 15, 2020: To spread the message of cleanliness/swachhta a
Comment