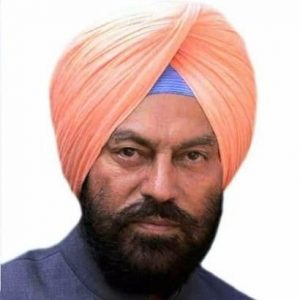 Ferozepur, January 19, 2021: Punjab Sports and Youth Services Minister, Rana Gurmeet Singh Sodhi termed the action taken by the Shimla Police to arrest the youth of Punjab who were peacefully raising their voices in favor of the farmers,  as an attack on their constitutional and democratic rights. He said the arrest was made at the behest of BJP Chief Minister Jai Ram Thakur.

In a statement issued here, Rana Sodhi said that the Supreme Court had recently declared peaceful protest during a hearing on farmers’ dharnas in Delhi as a democratic right of the people. The Himachal Pradesh government is appeasing the Modi government by adopting unconstitutional measures.

Strongly condemning the arrest of the peaceful protesting youth, Rana Sodhi said that the youth had not violated any law. He said that under the Constitution of India, every person has the freedom and right to speak, think and act.

Rana Sodhi said, earlier at the behest of the Union Government, the Haryana Government had also taken repressive measures to stop the farmers but it failed bitterly.