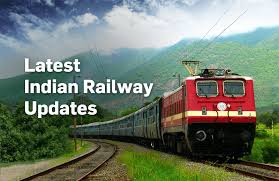 Canceled 36 Express, 11 short-terminated and one diverted

Jalandhar, November 20, 2020: Due to deadlock over talks between the farmer and government over the resumption of trains in Punjab and ongoing agitation over three Farm Laws, the railway has canceled the trains to and from Punjab or even those passing through the State.

In the fresh train operation plan, 36 Mail/Express Trains, short-terminated 14 trains and diverted one train till November 21.

Added here, the farmers are no longer on tracks or railway platforms but protesting on railway parking and other lands. While the 30-farm unions are insisting on the operation of goods trains first and proposal to resume passenger trains will be considered later on. The railway had refused to revoke the suspension of trains.

Punjab  Chief Minister has also expressed his concern over the decision of the farmer unions. He stated that farm unions should realize that things cannot continue like this.  If rail transportation continues to remain suspended any longer the state will plunge into a crisis.

Both passenger and goods trains will resume normal operation as and when the directions are issued by the headquarters, said DRM Ferozepur Division Rajesh Aggarwal adding that it is not only the passengers who have been affected adversely but also the industry and the Railways, which are bearing a huge loss of revenue.