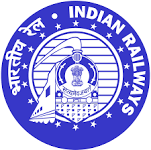 The meeting of 29 units of Kisan groups with Punjab government at Chandigarh concluded today and later on they had organized a press conference and announced to extend the agitation till October 20 and hold next meeting and decide accordingly.  The other decision taken was – the agitation will continue on rails and on toll plaza and movement will be intensified all over Punjab. Navratri Day- 8: Ashtami
Steps taken to cool down the recent increase in retail prices of Tur and Urad
Comment

350 Police officers quarantined for Guard of Honour on Independence Day

Bestiality: New normal in our society