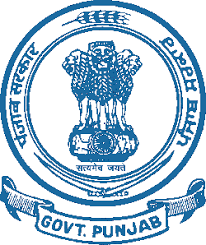 CHANDIGARH, NOV 5,2020:  The Government of Punjab is all set to take stern against foreign non-returned employees as the repeated warnings have failed to rein the government employees in the state who have been on leave for years. According to a state government estimate, more than 1800 employees pertain to different departments including Boards and corporations have gone to foreign countries without sanctioned leave. These cases are pending for re-joining and various such employees have knocked at the door of the court against the state government.

Sources in the government revealed that employees of education, health, revenue, police and rural development departments were at the top of the list. Employees without sanctioned leave went on leave and after return submitting various reasons and got leave sanctioned. The government had also received a number of complaints in this regards.

A number of teachers had taken long leaves and settled down in foreign countries including Canada, UK and US. These teachers have not even responded to repeated notices served on them. “These teachers may not join the work in near future as they have settled down in foreign countries. The state already has more than 25,000 vacancies of teachers in various grades,” sources said.  Now hundreds of government employees who have been absent for years and proceeded on ex-India leave may lose their jobs.

The government is all set to take stock of the situation and is planning to take stern action against such employees. “Those who are on leave without permission for more than one year such employees will be considered as resigned,” said the sources.

An government official said regular employees are being paid hefty salary package, are also eligible for “leave without pay” for up to six months. They are also entitled to extend their leaves citing various reasons including ‘poor health.’ Some of the teachers join the schools a couple of days before summer or winter vacations and then again leave for foreign countries and do not tender their resignation. By doing this, they become entitle for government pension and other benefits.  The post of a teacher  who is on leave, cannot be declared as vacant till he or she is dismissed from the service. This trend has hit the student-teacher ratio and several schools have teacher-student ratio of 1:70 or even 1:90. In a number of primary and upper primary schools, only one teacher conducts classes.

The government sources said the government has asked all the departments to take stock of the situation and come up with a list of employees who are on “foreign tours.” Lists will be submitted before the state government for an action, he said.

I’m neither spineless nor a traitor to farmers like you Badals,’ says Capt Amarinder
Education Deptt organizes 7-days online workshop on ‘Write-Right’ under literacy drive
Comment