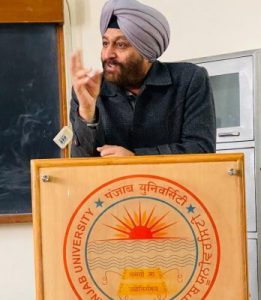 He articulated how the initial paradigm was centred around historical
responsibility and justice, which have of late been abandoned. According to him, Kyoto
Protocol (1997) remains the most comprehensive and just international framework to
date. He further added that the Paris Sumit marks a departure from a system of uniform
global benchmarks and fairness.

Apart from the shift in paradigm Prof. Kuldeep Singh prophesied a very bleak future as
the magnitude of damage cannot be undone in one stroke and the very notions that shape
everyday life and economics cannot be reconciled with ecological well being.
He further invoked Gandhi and Guru Nanak as visionaries voiced similar concerns during
their lifetime.Ending on a positive note he said that the growing awareness among the youth signifies
a hope for the future

Essay Next Day – Tips to Writing an Essay the Simple Way