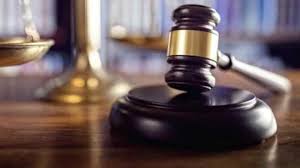 properties initiated at District Courts Fatehgarh
Sahib.
Fatehgarh Sahib, 9 November 2020:  Under the guidance of Ld.
District & Sessions Judge, Fatehgarh Sahib Nirbhow Singh
Gill, the process of disposal of unclaimed articles including the
vehicles which are lying in the Judicial Malkhana at District Court
Fatehgarh Sahib has been initiated by the Chief Judicial
Magistrate, Fatehgarh Sahib Sh. Mahesh Grover. The said process
will not only clear the vital blocked space in the Judicial Court
Complex but will also generate some sort of revenue for the State
exchequer. For the said purpose, an open auction would be held at
Judicial Malkhana in the Court Complex, Fatehgarh Sahib on
25.11.2020 at 3 PM. As per information received, at present there
are 20 scooters, 1 scooty, 5 motorcycles and 52 bicycles and
various other items lying in the Malkhana for past about three
decades. The said vehicles have already been declared to be
permanently incapable of being put to any use and the same will
be auctioned as scrap if the same are not claimed by the persons
legally entitled and their registration numbers will be reverted back
to the Transport Department.