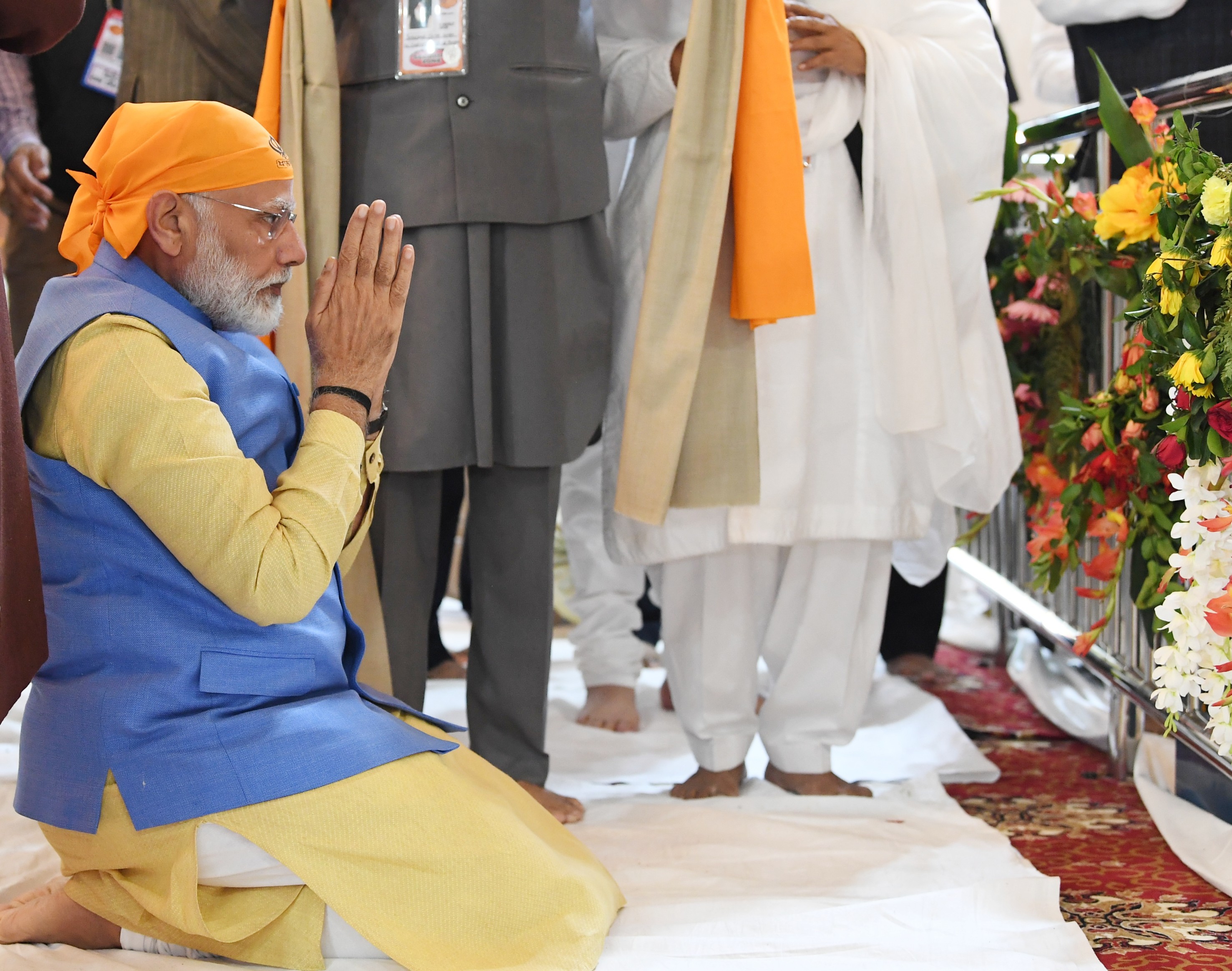 Inside the main premises of the Gurudwara, the Prime Minister offered his prayers and was presented with a shawl by the priests. Thereafter PM Modi was given a tour of the premises and he visited the Ber tree under which Shri Guru Nanak Dev Ji is said to have meditated for over 14 years.

After the conclusion of the visit the Prime Minister departed for Dera Baba Nanak where he will inaugurate the Passenger Terminal Building and flag off the first Jatha of devotees to Kartarpur.