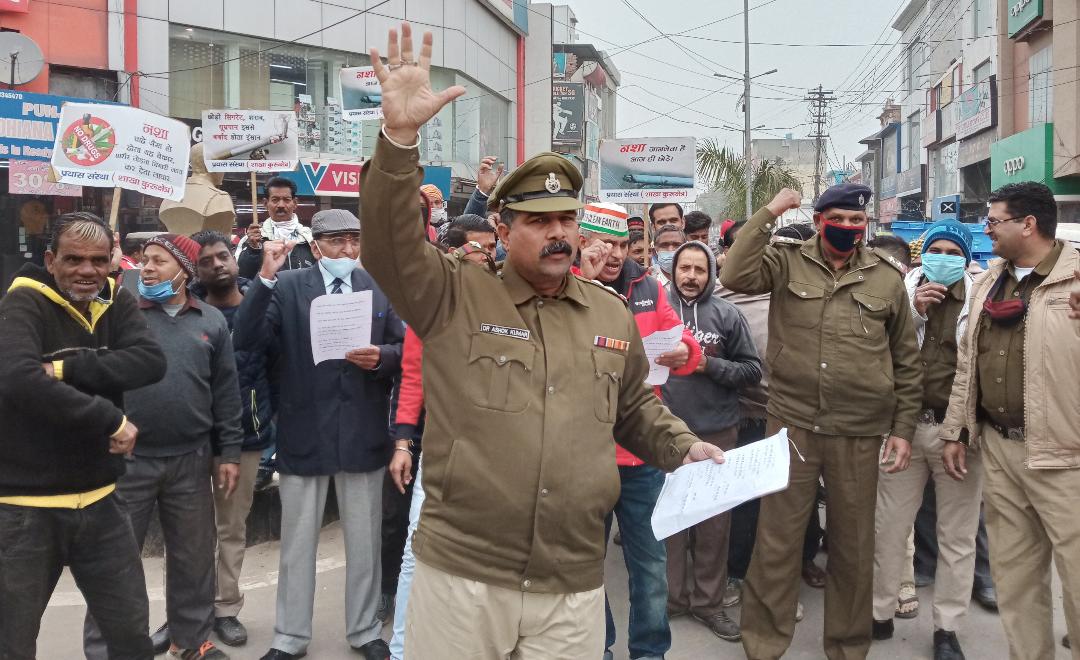 Ambala January 10, 2021( By SK.Vyas):  The first foot awareness by the Prayas Sanstha branch Ambala was launched by everyone with the same demand, stopped Bhukki and Bhangambala.

Today, the first-foot awareness tour was taken out by Vijay Ratna Chauka by Prayas Sanstha Branch Ambala. This rally was making people aware of drugs. Dr. Suresh Deswal, the head of the branch Ambala, made the people aware that the intoxication slowly hollows out the life of the person and the drunk person becomes isolated from society. General Secretary Rajindra Garg said that they Will make every effort to succeed. 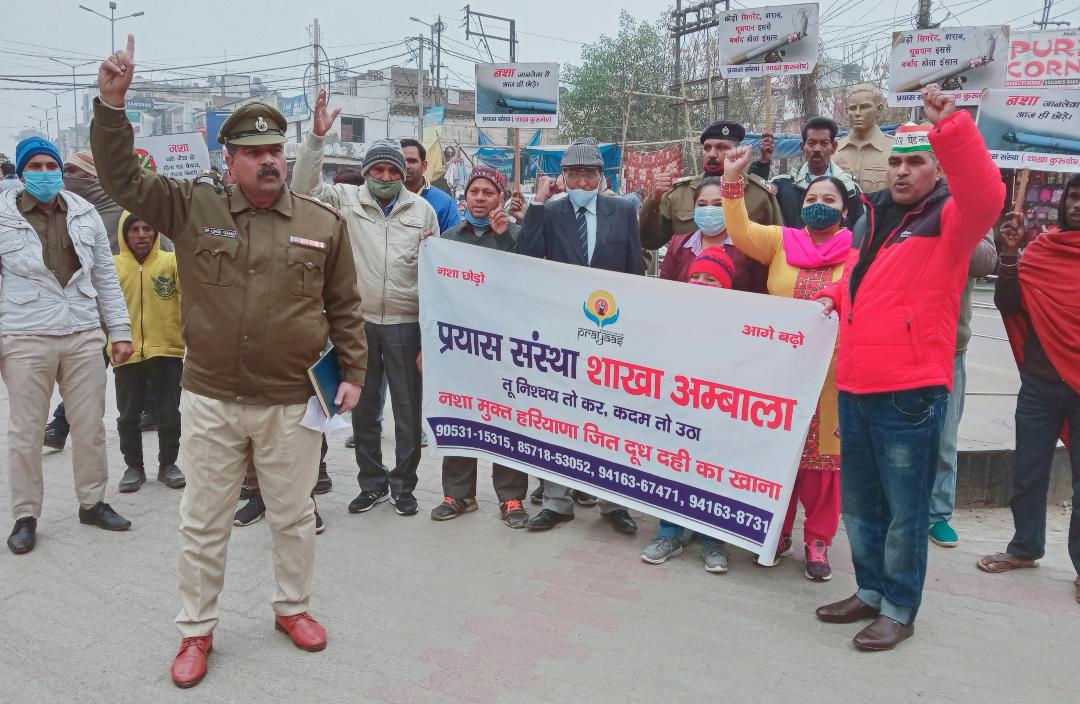 Women General Secretary Manisha said that she is feeling proud by joining this campaign and will continue this awareness campaign by taking all the people together. Dr. Ashok Kumar Verma, Convenor of Prayas Sanstha and Deputy Inspector of Narcotics Control Bureau Haryana, said that the Additional Director General of Police, Narikant Jadhav Saheb, Chief of Haryana Narcotics Control Bureau, Haryana, is determined to make the Haryana province drug free.

Under his guidance, Prana and the leadership, the anti-drug wave has raged all over Haryana. They are doing the work of treating drunk people in Haryana and adding them to the basic stream of life. He formed Prayas Sanstha in 1999 as Fatehabad Superintendent of Police. Consequently, there was an important role in reviving thousands of drug-addicted homes there. No criminal involved in the drug trade will be released. On this occasion, Sub Inspector Raj Kumar, Prabhat Singh, Mohit, Sandeep, Nand Lal, Santosh Tandon, Sanjeev, Hukam Chand, Vihaan Tandon, etc. participated and made people aware.