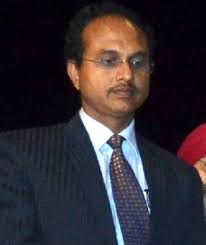 ELABORATE ARRANGEMENTS TO BE MADE FOR SMOOTH, FREE AND FAIR CONDUCT OF THE POLL

Jalandhar, May 5, : Voting for the by-poll in Shahkot Assembly segment scheduled to be held on the May 28th, would start at 7 am in the morning and would end at 6 pm in the evening.

The Deputy Commissioner said that till June 2 the entire election process would be completed. He said that elaborate arrangements have been made for ensuring free and fair elections in the Shahkot assembly segment adding that adequate staff would be deployed for smooth conduct of this election in the segment. Sharma said that Model Code of Conduct has been enforced in the district with the announcement of the by-poll and would remain in effect until the entire election procedure was over.

Workshop on Basic Colour Theory and Haircuts at HMV