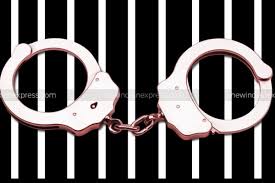 Meanwhile, Mangal Singh, Gurwinder Pal Singh, and Angrez Singh have been appointed as Investigating Officers to investigate the matter.  The source of the drugs and their scheduled delivery to the customer in the city and nearby areas would be probed.  After the initial investigation, the police have registered a case under sections 21, 61, and 85 of the Narcotic Drugs and Psychotropic Substances (NDPS) Act. Police said that more people involved in the nexus would be investigated and arrested.