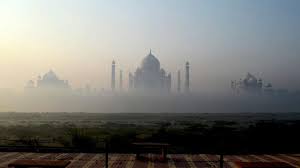 New Delhi,Nov 5,2020: Prime Minister   Narendra Modi will inaugurate the construction of the Agra Metro Project on 7th December 2020 at 11:30 AM via video conferencing. Union Minister of Housing & Urban Affairs Shri Hardeep Singh Puri, Chief Minister of Uttar Pradesh Shri Yogi Adityanath, and other dignitaries will also attend the event that will be held at 15 Battalion PAC parade ground in Agra.

The Agra Metro project comprises 2 corridors with a total length of 29.4 km and connects major tourist attractions like Taj Mahal, Agra Fort, Sikandra with railway stations and bus stands. The project will benefit the 26 lakh population of the city of Agra and will also cater to more than 60 lakh tourists who visit Agra every year. It will provide an environment-friendly Mass Rapid Transit System to the historic city of Agra. The estimated cost of the project will be Rs 8,379.62 cr which will be completed in 5 years.

Earlier, on 8th March 2019, Prime Minister inaugurated the Agra Metro project along with the commencement of commercial operations of Lucknow Metro on the entire 23 km long North-South corridor from ‘CCS Airport to Munshipulia’.