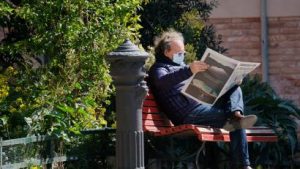 NEW DELHI/MUMBAI 11 September 2020 – Revenue shortfalls in India, the major economy hardest hit by the coronavirus pandemic, are likely to force the government to borrow more, but it will only consider monetizing its deficit as a last resort, sources familiar with discussions stated.

Borrowing plans for the second half of the financial year, ending on March 31, will be reviewed by the government and Reserve Bank of India (RBI) officials later this month, the five sources said.

The officials have already discussed the possibility of monetizing the debt, whereby the central bank prints money to bridge the fiscal deficit, but they were in no hurry to return to a bad habit India kicked in 1997.

“There will definitely be higher borrowing in the current year but whether we will print money, that is not yet decided. We will have to have patience and see how things go,” a senior official said.

“We have seen what some of the countries have done in this regard, but we think that such a move would be the last resort for us,” the official added.

Aside from potentially harming India’s credit rating, monetization carries inflation risks that would be politically worrying in a country where voters are extremely sensitive to changes in food prices.

The senior government official said the central bank could ease liquidity through open market operations to keep yields in check while helping the government to increase borrowing, already targeted at a record 12 trillion rupees ($163 billion).

RBI has pumped in over 11 trillion rupees of liquidity into the market, helping to keep 10-year bond yields below 6% even as the government decided to borrow 70% more than last year as a result of the pandemic.

Despite being under one of the strictest lockdowns for over four months India currently has the second-highest number of coronavirus cases globally with economic activity curtailed and government revenues severely affected.

India’s GDP contracted 23.9% on year in the April-June quarter, with Goldman Sachs now projecting a full-year contraction of 14.8%.

Officials, however, are still pinning some hopes on raising revenue from the sale of the state-owned firms even though they do not expect to meet the target of over 2 trillion rupees for divestment sales this year.

“The dilemma over deficit monetization is not unique to India,” said Radhika Rao, an economist with DBS. “The primary challenge is to communicate and ensure that this is a one-off pandemic-induced arrangement and not a recurrent financing line.”