CHANDIGARH: No political party in Himachal Pradesh had ever provided any space to the problem of oustees in their manifesto in any elections, but the fact remains that a generation has passed away in getting justice. It is a fact that dams have ruined the state and the hill states are all set to have one of the highest dam densities. It is not a matter of pride for the nation as it wipes out vast swathes of rivers and biological diversity apart from the mass dislocation of local people. Oustees of the state have been victims of politics and poor and innocent dislocated poor and innocent people left to fend for themselves.

The sufferings of Bhakra Dam oustees are not different from that those of Pong Dam oustees. The Gobind Sagar Lake once a Lifeline for them later brought them devastation. Bhakra Dam forced them to move to unknown places far away from their traditional homes. It is alleged that an agreement was signed between the Raja of Bilaspur Anand Chand and the Punjab Irrigation Chief Engineer Saroop Singh on February 2, 1948, but the contents of the Agreement have not been disclosed to the public for the past 60 years. Sources said that one of the three original documents was destroyed in the fire at Old Secretariat Building in Shimla.

The second copy was with the Raja which he had sold to the Indian House library in London and the third copy is with the Punjab Government. Punjab does not disclose the contents of the Agreement. 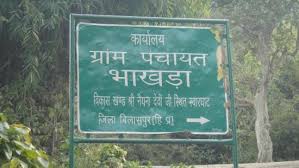 Around 41,600 acres of land was acquired for storage of 78 million cubic feet of water when the Bhakra Dam was constructed. After 60 years of its completion, the oustees of the Bhakra Dam along with Pong Dam oustees have been suffering for the interest of the nation. Around 11,777 families of 376 villages were rendered homeless and 118 ancient temples were submerged. About 364 families were allotted plots near Bilaspur Town but oustees of Una, Mandi and Solan (1242 families) had been left out.

They were given some land for cultivation in 13 villages of Sirsa, 15 villages of Fatehabad and one village in Hisar of Haryana. But in a number of cases registries have not been regularized. Though the state government realized the enormity of devastation by big dams yet is of little addition to its prosperity. 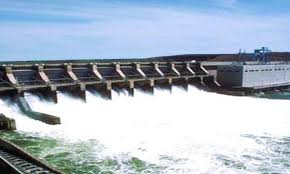 Many experts feel that the suffering of oustees has not been addressed on the other rivers will cease to be an ecosystem.  It is a matter to ponder over seriously that over the decades the same question still persists. If these questions have not been answered then the definition of development and adoption of policies are flawed. “We are yet to formulate a clear, defined, legally binding accountability mechanism in case of dam’s disaster to lives, livelihood and environment,” warned Prof Arun Ahluwalia, former chairman Department of Geology, Panjab University, Chandigarh. Representational image. |( Str Old/ Reuters.)