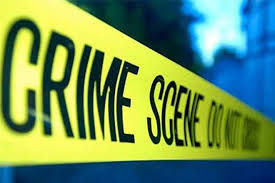 Ferozepur, August 3, 2020: A body of youth, 26-year-old of village Shahzadi 20 km from Ferozepur, was found hanging from a roof in the house under Ghall Khurd Police Station area of this district today.

There was a pall of gloom in the area, when on the day of Rakhi festival, the deceased identified as Tarsem, 26-year-old – the only brother of five sisters, was found under mysterious circumstances.

Upon receiving information, a police team reached the spot and started collecting the information to know the reasons behind the incident.

As per the information, the body of the youth was found hanging from a roof with hands tightened, which was spotted by the family members, when Tarsem did not wake up in the morning.

According to the family members, Tarsem cannot commit suicide and it appears to be a case of murder.   However, a further probe was on from all the angles and no arrests have so far been made in this connection.